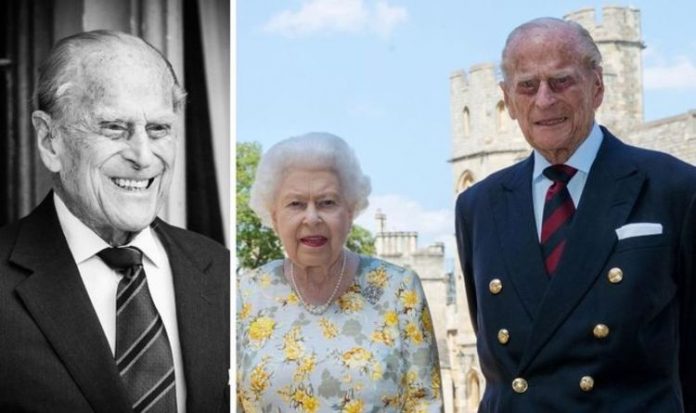 Prince Philip retired from royal life in 2017 having completed 22,219 solo engagements and 637 solo overseas trips. He delivered 5,496 speeches in this time and was a patron of 785 organisations. But what hugely personal tribute is the Duke of Edinburgh planning to return to work for this month?

Prince Philip has spent the duration of the coronavirus pandemic self-isolating with the Queen at Windsor Castle.

The Queen and the Duke of Edinburgh have just started their summer break in Balmoral after spending the past few months in Windsor.

But they could soon find themselves confined to the estate in lockdown if Nicola Sturgeon follows through with the possibility to enforce tougher restrictions throughout Aberdeenshire.

The First Minister warned the measures could soon be widened to include the entire county if cases continue to rise.

Typically the Queen and Prince Philip journey up to the 50,000-acre estate in Scotland each year.

Over the summer period when the couple is in Scotland, various members of the Royal Family journey up to spend time with her.

But this year is likely to be different from former years.

A Buckingham Palace spokesperson told People: “The Queen and The Duke Of Edinburgh plan to move to Balmoral Castle in early August to commence their annual summer stay.

“All arrangements will be in line with the relevant guidelines and advice.”

But August will not only be full of rest and relaxation for the Duke of Edinburgh.

Prince Philip will instead take part in the nationwide commemorations planned for the 75th anniversary of VJ Day.

VJ Day is Victory over Japan Day which commemorates the day on which Imperial Japan surrendered in World War II, in effect bringing the war to an end.

In the UK, August 15 is the official day of commemoration for VJ Day, however, in the US it is on September 2.

To pay tribute to the veterans of WWII and VJ Day, Prince Philip will feature in a special moment to mark the anniversary.

The 99-year-old royal was on board HMS Whelp in Tokyo Bay in August 1945 when the Japanese surrender was signed.

Now, to commemorate the occasion he will feature in a montage paying tribute to the veterans of the conflict and remembering all those who did not return.

The Duke of Edinburgh will be shown alongside an image of himself during the War, like other veterans being featured in the emotional film.

Several other members of the Royal Family will also pay tribute to this auspicious occasion.

Prince Charles and Camilla, the Duchess of Cornwall, will lead the commemorations at 11am on August 15, leading a two-minute silence at the National Memorial Arboretum in Staffordshire.

The couple will then be joined by a number of World War Two veterans at the memorial who will honour their comrades who died.

Following the two-minute silence, the Battle of Britain Memorial Flight will be performed.

Prince William will also honour those who fought in WWII in a special television programme on BBC One which is due to air on August 15.