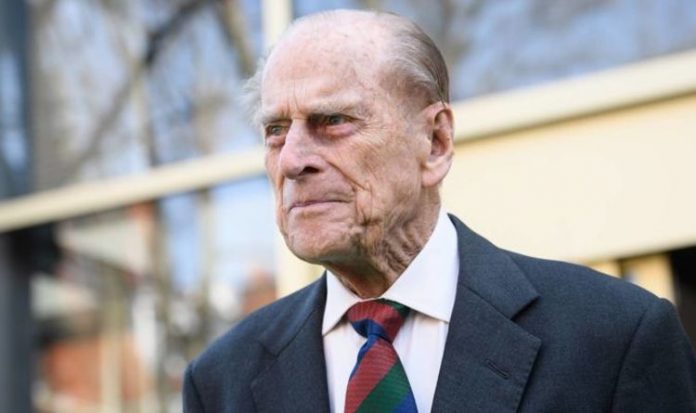 Royal biographer Angela Levin explained she was upbeat about the Duke of Edinburgh’s transfer since it appears that medical professionals believe the Duke can recover soon. Angela Levin explained that if there was any doubt over his wellbeing, he would likely remain at the King Edward VII Hospital or be taken to Royal Family residences. Prince Philip, who has spent nearly two weeks in the hospital, is being treated for an infection and a pre-existing heart condition.

Speaking on talkRADIO, host Julia Hartley discussed Prince Philip’s health and said his long-term health would be ringing “alarm bells” for some.

Ms Levin said: “Yes, of course, he’s had heart issues for about 15 years and in 2011 he had a blocked coronary artery, and he had a stent in.

“And for people who are much older, if they have an infection it takes a toll on the body so it could affect his heart.

“However, I think there is a bright light because if they didn’t think that the hospital could do something for him positively they wouldn’t have sent him there.

“Whereas the hospital has been in, King Edward VII, this a very good private hospital but can’t provide those skills well.”

Ms Hartley-Brewer added that she was not a fan of the Royal Family using private healthcare saying they should use the NHS.

She also pointed out that while the Duke entered the hospital two weeks ago on his own, he was transferred by the hospital this time with police cars blocking him from being seen.

Ms Hartley-Brewer asked if it would raise concerns for some.

Ms Levin clarified: “Well, of course, because whatever they’ve given him for this infection hasn’t yet cleared up and an ongoing infection can cause him to feel much worse.

“And so I’m sure in the hospital they will see how to do that properly it’s obviously unusual and chronic and we hope that the consultants there will find a way around.

“I think if they thought that there really wasn’t going to help him, they would have sent him home to be quiet and peaceful and to be with the Queen.

“But they haven’t done that and he obviously wanted to have this done, he could have refused so there is a positive outlook.”

Prince Philip arrived at the King Edward VII Hospital on his own and was seen walking into the building unaided.

Prince Charles is the only royal that is known to have visited the Duke of Edinburgh so far.