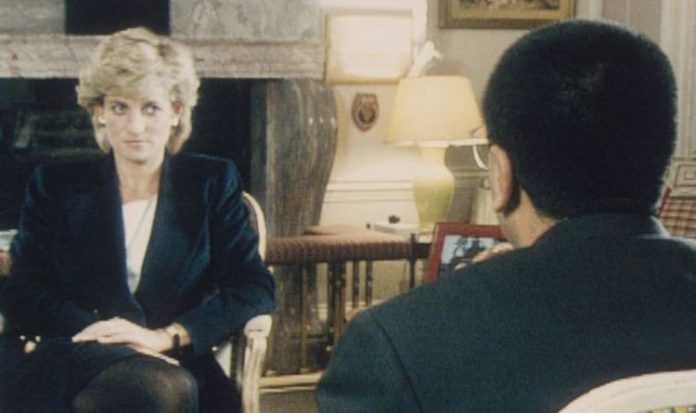 The handwritten letter was taken out of the BBC’s offices as a memento by a member of the staff, it has been reported. This note was returned last month after Princess Diana’s brother Earl Spencer demanded a full inquiry into how Mr Bashir secured the Panorama interview in 1995.

The full content of the letter, written on Kensington Palace stationery, hasn’t been disclosed.

However, the Daily Telegraph has said that in it Princess Diana praises Mr Bashir for his conduct before and during the interview.

In the letter, the late Princess of Wales reportedly also said she had not been shown any document persuading her to give the interview, the newspaper added.

The newspaper also wrote the letter is longer and more detailed than previously thought and could help Lord Tony Hall when he gives evidence in the new independent inquiry led by Lord Dyson.

This resurfaced note was shown to Lord Hall in 1996 during an internal probe into whether Mr Bashir used fake bank statements to secure the only interview Princess Diana ever did on TV.

Lord Hall at the time of the internal probe was Head of News and later became the BBC’s Director-General.

According to the Telegraph, Lord Hall is expected to argue he was only asked to investigate Mr Bashir’s behaviour in relation to his contacts with Princess Diana.

READ MORE: The Crown blasted as an ‘attack’ on Royal Family

The resurfaced note could play a key role in the new probe, the newspaper said, with Lord Hall also expected to say Diana’s letter was critical in his conclusion that the Panorama reporter was “an honest man”.

Internal BBC documents released under the Freedom of Information Act and previously seen by the Daily Mail shed a light on how Lord Hall cleared the journalist.

According to the documents, he concluded: “I believe he is, even with his lapse, honest and an honourable man. He is contrite.”

Princess Diana’s brother Earl Spencer has previously said he was approached by Mr Bashir and shown worrying documents in order to gain access to his sister.

Lord Hall did not interview Diana’s brother as part of his investigation 24 years ago.

The BBC appointed Lord Dyson, a former supreme court judge, as head of the new investigation in mid-November.

Tim Davie, the new Director-General of the publicly-funded broadcaster, said at the time: “The BBC is determined to get to the truth about these events and that is why we have commissioned an independent investigation.

“Formerly Master of the Rolls and a Justice of the Supreme Court, Lord Dyson is an eminent and highly respected figure who will lead a thorough process.”

Lord Dyson said: “This is an important investigation which I will start straight away.

“I will ensure it is both thorough and fair.”

This new independent probe is to look into Mr Bashir’s conduct following fresh claims he produced fake documents and used other deceitful tactics to win the trust of Earl Spencer, and allegations of a BBC cover-up.

A spokesman for the corporation told Express.co.uk: “A lot has been written and broadcast about the Princess of Wales’ interview in recent weeks.

“It is important that we have a view of what happened based on the evidence of everyone involved.

“Clearly that has not yet been able to happen. But to be absolutely clear, the BBC is determined to get to the truth of what happened.

“That’s why we have appointed Lord Dyson to lead a fully independent investigation.

“It is vital that everyone with information shares that with Lord Dyson, so that he can investigate thoroughly and draw his conclusions having heard all the evidence.”

Mr Bashir, now the BBC’s religion editor, is seriously ill with Covid-19-related complications and is not in a position to respond to the allegations, the corporation has previously said.