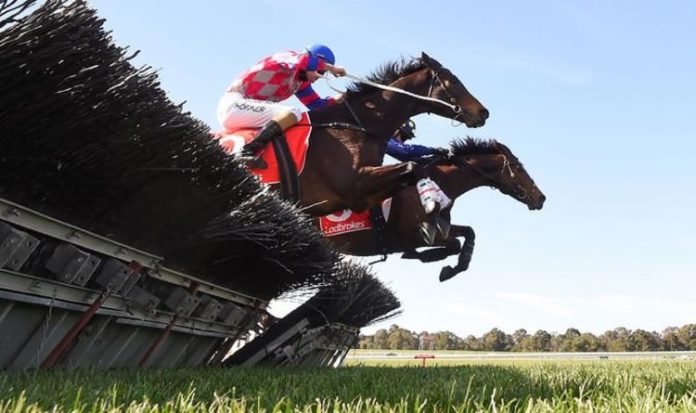 Writing for the Sunday Express, North West Leicestershire MP Andrew Bridgen has raised concerns about the proposed new gambling law which he has warned could bankrupt sport, particularly horse racing, which is already reeling from the financial crisis caused by covid-19. The proposals, which will also regulate controversial fixed odds betting machines, are being consulted on before the government puts forward a new bill.

But, Mr Bridgen has warned that a plan to insist that everyone who places a bet of more than He said: “Such a move would be a bureaucratic nightmare, raise huge data protection issues and undoubtedly drive punters either away from the pastime altogether or worse into the black market.

“Either way, it would cause huge financial problems in sport, at a time they can least afford it and be an existential threat to some such as horse racing which is reliant on betting turnover.”

He went on: “This is clearly a sledgehammer to crack a nut approach, and fails to appreciate the different gambling products which are available and the fact that problem gambling rates are higher in those who use some products compared to others.

“For example, online slots machines, casino and bingo have comparatively much  higher rates of problem gambling than, for example, betting on horse racing or football.”

The row has already seen MPs with horse racing in their constituencies up in arms about a proposal which could bankrupt the sport.

Last week, the Racing Post reported that Chancellor Rishi Sunak who has Catterick in his constituency intends to discuss it with the culture secretary Oliver Dowden.

John Sanderson, group chief executive of Catterick’s owner International Racecourse Management, said: “Catterick sent him [Mr Sunak] a letter as suggested by the Racecourse Association because he is our MP and we had a very quick, very positive and friendly response saying he would raise the matter and that he had contacted the secretary of state.

“It was a very, very positive reply from him indeed, I thought.”

When the review was launched in December last year, Mr Downden said the laws around gambling desperately need updating.

He said: “Whilst millions gamble responsibly, the Gambling Act is an analogue law in a digital age. From an era of having a flutter in a high street bookmaker, casino, racecourse or seaside pier, the industry has evolved at breakneck speed.”

However, a spokeswoman for the culture secretary said that the proposals were the ones from the Gambling Commission and not yet endorsed by the government.

She said that there are concerns about the effects of Tony Blair’s Labour government “over deregulating” gambling in 2005.

But she added that the government “will be coming up with its own proposals” when legislation is brought forward.