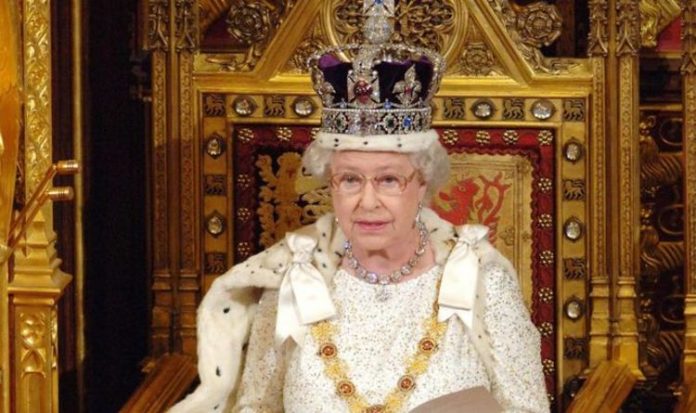 Queen: ‘We have a head of state who is of no use’ says expert

The Queen is head of state for 16 Commonwealth nations around the world, including Australia. Her Majesty does not get involved in the day-to-day business of the Australian Government as she is a constitutional monarch. But she is still part of ceremonial and symbolic aspects of Australian culture, which Prince Charles will then take on as well when he becomes King.

Australian Labor MP and shadow assistant minister for the Republic, Matt Thistlethwaite, said the British Royal Family having ties to the country was an “out-of-date” concept.

He told Express.co.uk Australia’s constitution should be changed so the Australian Parliament is no longer “out of touch” with its citizens.

Mr Thistlethwaite said: “The Constitutional oath of office for our elected representatives should be amended to a pledge of allegiance to the people of Australia and the Commonwealth of Australia. It’s as simple as that.

“Constitutional reform has proven difficult in recent decades to the point where many of our Constitutional provisions are out of date and do not reflect Australians and our values.

Royal rebellion: The Queen is facing backlash from republicans in Australia (Image: GETTY)

“Our Constitution has gone stale and is in dire need of a refresh. We should start with proper recognition of our First Australians and a Voice to Parliament as priorities for reform.

“Australia is one of the few countries in the world whose people do not require their elected representatives to swear to serve their interests in Parliament.

“As it stands, when an Australian is elected to the Federal Parliament, they are required to swear an oath or take an affirmation to Queen Elizabeth II and her heirs and successors before they can take their seat in Parliament.

The Queen and Prince Philip have visited Australia over the years (Image: GETTY)

A recent poll conducted by Ipsos for The Age, The Sydney Morning Herald and Nine News showed only 34 percent of voters wanted an elected head of state for Australia.

This was the lowest support to the republican cause recorded in an Ipsos and Nielsen survey since 1979, according to the organisation’s director.

Ipsos director Jessica Elgood said it was surprising to see such low support for republicanism in Australia, although she said citizens were probably more focused on other issues such as the economy.

She said: “There’s no sense of momentum around the move to Australia becoming a republic at the moment.

The Queen is head of state for 16 Commonwealth nations (Image: GETTY)

“Clearly at the turn of the century, with the referendum, there was so much more attention to the public debate.”

However, Mr Thistlethwaite added Australian people should still be consulted at the next Federal election about whether the constitution should be changed.

He said: “The requirement to swear to serve the monarch has been part of our Constitution and parliamentary process since Federation and despite several parliamentary inquiries recommending a referendum of the Australian people to amend this outdated provision, no Australian government has had the courage to ask the Australia people to support a relatively simple and straightforward change.

“Surely we are mature and sensible enough to consult the Australian people at the next Federal election and ask them if they want to amend the Constitution to require their elected representatives to promise to serve them in Parliament.

The Royal Family is facing calls for Australia’s constitution to be changed (Image: GETTY)

Prince Charles is set to take over the Queen’s duties in Australia when she steps down (Image: EXPRESS)

“The Australian people have the right to demand this of us. In doing so we would also be removing an ironic inconsistency that exists in our Constitution.

“It is nonsense. The role and duty of Australia’s parliamentary representatives must be first and foremost to serve the Australian people who elected them, not the monarch of a foreign country.”

Buckingham Palace reassured royal fans the Queen has no intention of stepping down from her role after she kept out of the public eye due to the covid pandemic last year.

Prince Philip is currently in hospital as a precaution (Image: GETTY)

Prince Philip retired from public duties in 2017 but still supports his wife in her role.

The 99-year-old is currently in hospital as a precaution after feeling unwell.