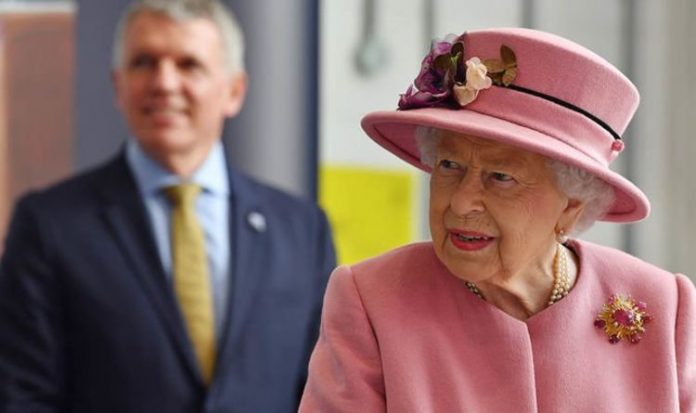 The Queen’s Royal Household is on the lookout for an apprentice in the hospitality sector. The Household is advertising online a vacancy for a paid housekeeping assistant as part of the apprenticeship scheme.

In this role, the successful applicant will be offered to live at the Queen’s palaces.

The vacancy read: “You will be based mainly in either Windsor Castle or Buckingham Palace but you will be working across other residences throughout the year (approximately up to three months of the year).

“The role is offered with live-in accommodation for which there is a salary adjustment.

“All meals will be provided and travel expenses are included.”

Windsor Castle has been the Queen’s main residence since mid-March due to the coronavirus pandemic.

Following the outbreak in the UK, the monarch ended her face-to-face engagement at Buckingham Palace, her working home, and moved with her husband Prince Philip to her Berkshire residence, where she usually spends her weekends and Easter.

Over the spring and summer, the monarch carried out several engagements via video link and over the phone, continued to speak to the Prime Minister on a weekly basis and even delivered two speeches to the country in the height of lockdown.

READ MORE: Queen title: Why is the Queen known as the Duke of Lancaster?

At Windsor, in June, the monarch also watched a stripped-down version of the Trooping the Colour parade.

One month later, the Queen knighted Captain Tom Moore, the 100-year-old veteran who raised more than £30million for the NHS.

After her summer break at Balmoral Castle and Sandringham, the monarch has returned to Windsor Castle despite having resumed face-to-face visits.

However, the monarch is not to abandon her London residence.

Royal commentators expect the Queen to travel to the capital to carry out a few selected engagements in a COVID-safe environment at Buckingham Palace.

This means the successful applicant, who will start working from as early as next week, could even catch a glimpse of the Queen while on duty.

However, this would mean the apprentice were added to the so-called HMS Bubble, a number of staff members following a strict three-weeks-on, three-weeks-off rota to avoid bringing COVID-19 within the household or near the elderly monarch.

The term HMS Bubble was first created by Tony Johnstone-Burt, the master of the household, who in a memo to the staff compared serving the Queen during the pandemic with his life at sea as a former Navy official.

He said in his memo: “There are 22 Royal Household staff inside the Bubble, and it struck me that our predicament is not dissimilar to my former life in the Royal Navy on a long overseas deployment.

“Indeed, the challenges that we are facing whether self-isolating alone at home, or with our close household and families, have parallels with being at sea away from home for many months, and having to deal with a sense of dislocation, anxiety and uncertainty.”

This apprenticeship is described by the Royal Household as the opportunity to deliver “extraordinary service in incredible surroundings”.

Speaking about the qualities the right applicant must have to successfully land this job, the Royal Household said: “Practically minded, with great attention to detail, you take pride in your work and always aim for the highest standards.

“You’ll enjoy working as part of a team and are happy to get involved in a range of tasks to support others.

“Well organised and with good time management skills, you can meet deadlines and work efficiently to get jobs done.

“Above all, you’ll be keen to take every opportunity to gain experience and build on your learning to become a housekeeping expert.”