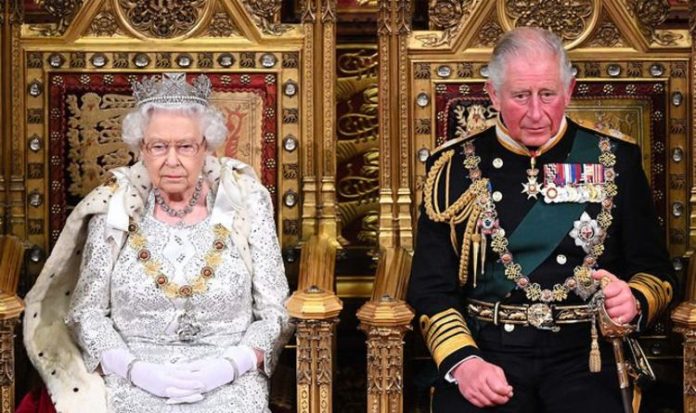 Queen Elizabeth II became Queen in 1952, following the sudden death of her father King George VI aged 58. Her father ascended the throne in 1936 following the abdication of King Edward VIII, and Elizabeth was always expected to be the next monarch. However, the rules regarding titles in the Royal Family meant she never held titles reserved for the heir apparent.

In the Royal Family, only the monarch has the power to give people royal titles, and the Queen usually does this on royal wedding days.

However in almost all cases, royal titles are given by the monarch to a man – whether they be royal by birth or by marriage – and subsequently, women get royal titles too in these cases.

For example, when Prince William became Duke of Cambridge in 2011, his new wife became Kate, Duchess of Cambridge by default, but the title was not awarded directly to Kate.

Certain unique titles in the Royal Family are also only reserved for men.

The Queen was known as Princess Elizabeth when she was younger, and from the age of 10, she was considered next in line to the throne.

Prince Charles is currently the heir to the throne, and as a result, he holds the titles of Prince of Wales, as well as Duke of Cornwall and Duke of Rothesay in Scotland.

However Princess Elizabeth never held any of these titles, and she was simply known as heiress presumptive.

This was due to the system of male preference primogeniture in the Royal Family, which favoured male heirs over female heirs.

Going forward, the line of succession to the throne will no longer be determined by sex and instead by order of birth.

For this reason, Prince George is third in line to the throne behind Prince William, followed by his younger sister Princess Charlotte.

And when the Cambridge’s youngest sibling Prince Louis was born in 2018, he did not take precedence over his sister in the line of succession – a first for British royal history.

Just as changes have been made to the line of succession, in the future changes may be made to make the process of awarding royal titles more inclusive of women.

The rules surrounding the Prince of Wales title may one day be changed, to allow a female heir to hold it as well.

The Queen holds a number of royal titles now she is a monarch, but one of her titles has been held by the British monarch for centuries – regardless of whether the monarch is a King or a Queen.

As monarch, the Queen holds the additional title of Duke of Lancaster.

The Duchy of Lancaster website explains: “Her Majesty Queen Elizabeth II is the current Duke of Lancaster.

“During a reign which has lasted over 60 years, Her Majesty has taken a keen interest in the estate, paying regular visits to the Surveys.

“The title Duke of Lancaster continues to be used, even for a female monarch.

“At gatherings of Lancastrians within the County Palatine and worldwide, the toast is: ‘The Queen, Duke of Lancaster!’”