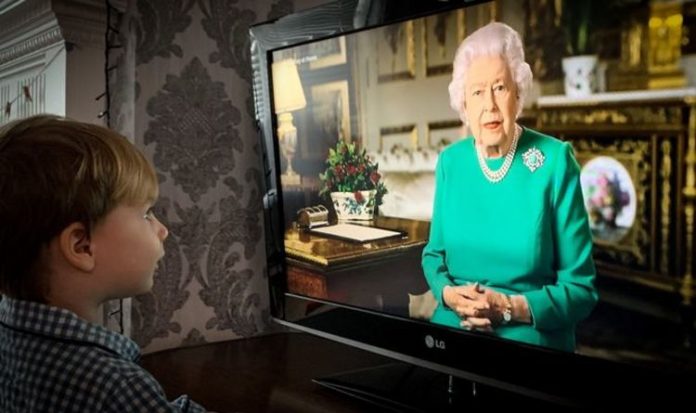 This year’s Christmas message is likely to be unlike any other given by her Majesty before now in her ruling years. The Queen has already addressed the nation directly twice this year – once during the first lockdown which began in March, and again for the 75th anniversary of VE Day.

The Queen records a speech every year to be shown throughout the UK.

Queen Elizabeth II, who celebrated 67 years on the throne this year, takes a look back at the biggest events of the year.

Lasting for about ten minutes, it is a rare occasion for the monarch to make her thoughts and feelings known to the public.

This year, the speech is expected to be dominated by coronavirus and Brexit, and the Queen is likely to pay tribute to key workers and those who have lost their lives in the pandemic.

This Christmas marks the first time since 1987 that the pair will stay at Windsor Castle instead of traveling to Sandringham in Norfolk.

The monarch will, unfortunately, miss out on spending Christmas with much of her family this year like millions of families across the UK.

The Queen’s children, grandchildren and great-grandchildren make up 10 individual households, and the new rules mean families can only mix on Christmas Day itself.

Windsor is currently in Tier 4, meaning the Queen cannot spend Christmas with any members of her wider family.

How can I watch the Queen’s speech?

You can watch it either on BBC One or ITV, Sky One or Sky News.

Alternatively, you can listen on BBC Radio Four.

Christmas Day speeches by the monarch began with the Queen’s grandfather, King George V, in 1932.

Broadcasts used to be live on the radio, with the Queen delivering her first Christmas message in 1952 – the year she ascended the throne.

The first televised Christmas message aired five years later, and continued every year since, with the exception of 1969.