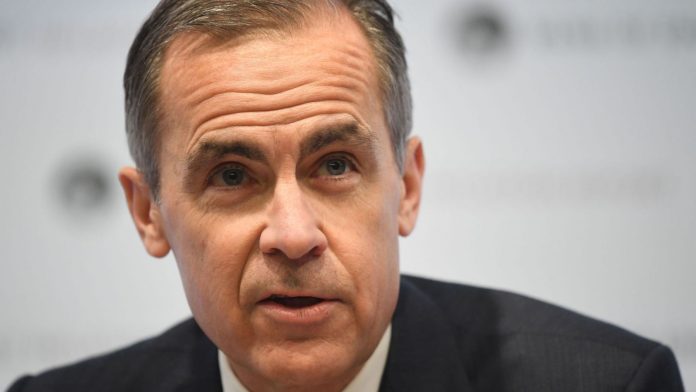 Bank of England governor Mark Carney has warned that Britain faces an “uncomfortably high” risk of leaving the EU with no deal.

The pound slipped to below $1.30, its lowest point in eleven days, as Mr Carney issued the warning on negotiations with Brussels.

He said: “I think the possibility of a no deal is uncomfortably high at this point.

“People will have things to worry about in a no deal Brexit, which is still a relatively unlikely possibility but it is a possibility.”

Sterling went as low as $1.2975, or down 0.3%, following the comments, while British government bond prices rose.

Britain would be forced to revert to trading under World Trade Organisation rules it fails to reach an agreement on the terms for its exit from with the EU in March 2019.

With less than eight months to go, Number 10 is yet to agree a departure deal with Brussels and has been planning for the possibility of leaving the bloc without a formal agreement.

Mr Carney said consumer prices would likely rise in the case of a “no deal” Brexit as companies enacted contingency plans to keep supply chains operating.

Pharmaceutical industry leaders in the UK have already warned that medicine supplies could be disrupted or run out altogether.

“Parties should do all things to avoid (a no deal Brexit),” Mr Carney said in an interview with the BBC’s Today programme.

The Bank of England governor’s comments came ahead of the prime minister’s meeting with French leader Emmanuel Macron.

On Thursday, the Bank of England raised interest rates to a new post-financial crisis high of 0.75%, but signalled it was in no hurry to raise them further.

Mr Carney hinted on Friday that interest rates are likely to rise to around 1.5% over the next three years, based on the expectations of financial markets.