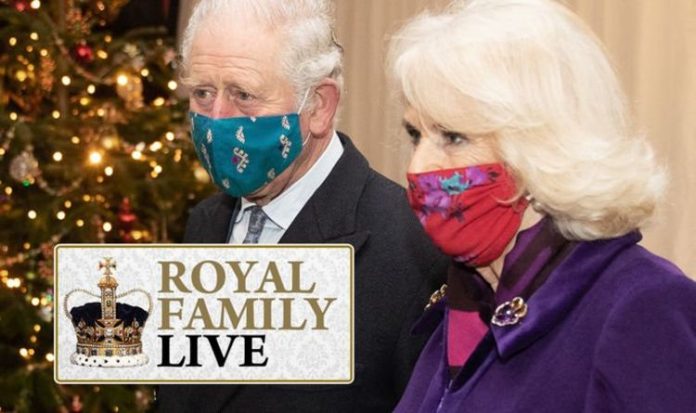 The royal couple posted a picture of their official Christmas card on their Clarence House social media accounts yesterday. The picture shows Charles and Camilla sat together with Charles’ arm around his wife on a bench in the garden of their residence in Birkhall, Scotland. Usually, this tradition allows royal fans to comment on the official festive portraits and share their joy at seeing the royals in a relaxed manner.

But Charles and Camilla have been forced to block comments on all their posts after they received a surge in abuse on social media following their portrayal in the Crown.

The show depicts the late Princess Diana growing lonely as her new husband Charles grows weary of her and carries out an affair with Camilla instead, which resulted in a flurry of comments about Diana.

Meanwhile, Kate, the Duchess of Cambridge and Prince William’s official Christmas card picture with their three children has nearly 1,000 comments underneath their post on Twitter.

One fan said: “Beautiful, thanks for sharing, Merry Christmas.”

Another posted: “Beautiful! Thank you for your hard work with your charities and state duties this year.“