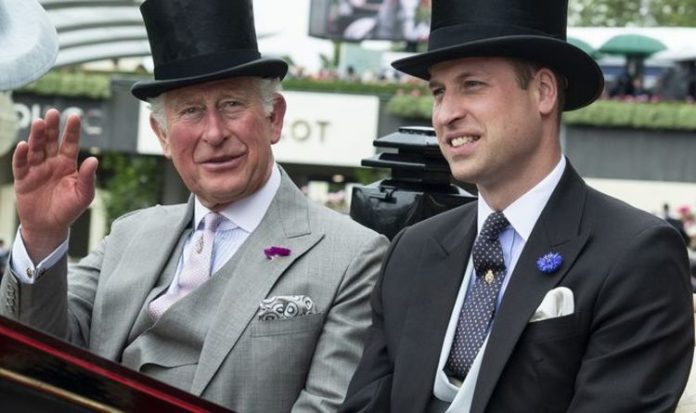 The Duke of Cornwall is first in line to the throne, while the Duke of Cambridge is second in line. Over the years, there have been calls for Charles to step aside and let his son take the crown after the Queen.

An Express.co.uk poll – which ran from 12pm to 6pm today – asked: “Should Prince Charles step aside and let Prince William be King?”

Just 38 percent (1,551) said Charles should not give up the line of succession while one percent (57) said they don’t know.

One reader said: “Charles has the wrong morals, Camilla just isn’t up to it and is disliked massively because of what they did to Diana.

“Charles should let William & Kate take over, they are perfect for a long continuous reign with no baggage and have the right attitude, health and stamina for public service.”

Another person said: “Charles should make the ultimate sacrifice and step aside, not because he’s incapable of doing the job, but because the institution of monarchy needs long-term stability, especially after the recent disruption it’s had.

“Charles can’t ignore the fact that he’s in his 73rd year and cannot offer the longevity that’s needed.”

A third person said: “I think Charles should be left with his beliefs and projects and let William take control of royalty.”

Someone else said: “No. Charlie has put in the time and should have his day as King.

“Why burden William with the weight of being king when there’s no urgency?

“I do think that Camilla should never be queen.”

A third added: “Charles should be King! Let William have his family life for as long as he can.

“William has been through a lot, has been a good son and grandson to the Queen.

“When William does eventually become King he will make a good one.

“As for the other son I will not name, he should be taken out of line altogether, he is not worthy.”

Royal author Charles Irving has claimed the 72-year-old is unfit to be King and warned the monarchy will be in “jeopardy” if he ascends to the throne.

Mr Irving, author of new royal book The Last Queen, added that Charles “doesn’t have any of the qualities” that make Her Majesty so popular with the public.