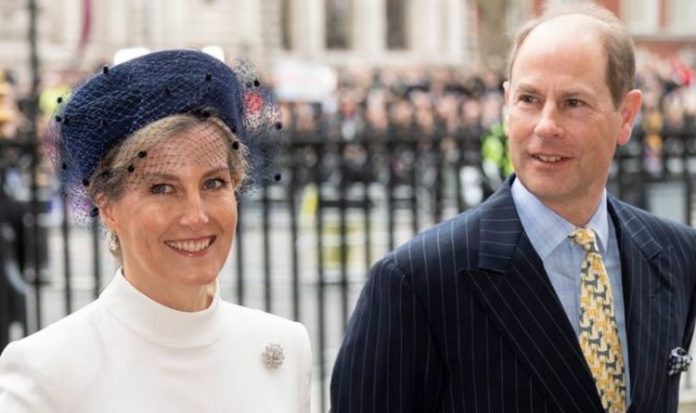 The Earl of Wessex will introduce carols from the Choir of the Chapel Royal on Classic FM after the Queen’s Christmas message at 3pm. The concert, which was recorded without an audience this year due to the coronavirus pandemic, also includes a reading from Edward.

A post on the Royal Family’s Twitter and Instagram accounts said: “Tomorrow, The Earl of Wessex will introduce carols on @ClassicFM from the Choir of the Chapel Royal.

“The concert will be broadcast after The Queen’s Christmas message, and will include a reading from The Earl.

“Recorded without an audience this year, the programme continues the tradition of bringing carols from the Chapel Royal Choir to listeners’ homes on Christmas Day.”

The post also includes a quote from Edward which said: “One of the great advantages of radio is that social distancing means nothing.

“We can listen and enjoy and it’s just as immediate and personal as at any other time.”

Royal fans on social media reacted with delight to the announcement.

One commented: “How lovely. I miss service at the Chapel Royal in St James. Looking forward to this.”

One more commented: “Excellent! I so look forward to it.”

Members of the Royal Family traditionally join the Queen at Sandringham for Christmas.

But this year will be different due to the pandemic.

The monarch is spending Christmas Day quietly at Windsor Castle with Prince Philip.

Her Christmas message this year is likely to focus on the nation’s response to the coronavirus crisis and will probably see the Queen praise the efforts of all sections of society from frontline and key workers to communities, the Armed Forces and charities.

The speech is one of the rare occasions when the monarch does not turn to the Government for advice and is able to voice her own views.

The Queen has delivered a message every year except for 1969 when she decided the royals had been on TV enough following an unprecedented documentary the family made about their life.