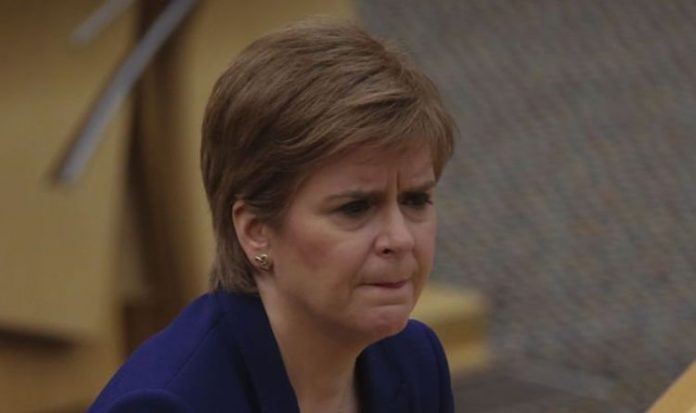 Lockdown measures are in place across the UK as the country continues to battle coronavirus, with variants of the virus spreading quickly. The vaccination effort is ramping up, with more than nine million people to have received at least their first dose of the vaccine in the UK so far.

Health Secretary Matt Hancock said today the UK is “far further ahead” with its vaccination efforts due to it choosing not to join the EU purchase scheme.

Currently, both the Oxford/ AstroZeneca and Pfizer/BioNTech vaccines are being issued across the UK, with more doses on the way once further vaccines are approved.

However, as yet England has no end date narrowed down for the restrictions, with cases still too high across the country.

There is no set date, as the eventual reduction of measures is dependent on the levels of coronavirus across the country.

In positive news for schoolchildren, schools in Scotland will go back in phases from February 22, subject to final confirmation in two weeks’ time.

If confirmed the plan states all children under school age in early learning and childcare will return.

Pupils in Primary 1 to Primary 3 will also be allowed back into school, as will those in the senior phase of secondary school.

Ms Sturgeon said older children will only be able to return to ensure practical work important to achieving qualifications is completed.

She said only between five percent and eight percent of any school’s usual numbers should be able to return.

Speaking at the Scottish Parliament, the First Minister also announced travellers coming to Scotland from any country may be asked to quarantine in a hotel.

If put in place, this will go further than other travel restriction efforts announced in the rest of the UK.

Ms Sturgeon told MSPs: “The firm view of the Scottish Government is that in order to minimise the risk of new strains coming into the country, managed quarantine must be much more comprehensive.

“I can therefore confirm today that we intend to introduce a managed quarantine requirement for anyone who arrives directly into Scotland, regardless of which country they have come from.”

Ms Sturgeon said she could not “unilaterally” impose such restrictions on people landing elsewhere in the UK and travelling to Scotland, however added she hoped the other administrations would work with the Scottish Government to reduce the number of people doing so.

“In the seven days up to January 29 it averaged 6.6 percent – still higher, but closer than it has been in recent weeks, to the five percent that the WHO consider to be indicative of an outbreak being under control.

“Pressure on our NHS continues to be severe. The number of Covid patients being treated in hospital remains around 30 percent above the high point of the first wave last April.

“However, hospital admissions in this wave appear to have peaked on January 12.

“They have now stabilised and are starting to reduce, albeit slowly.”