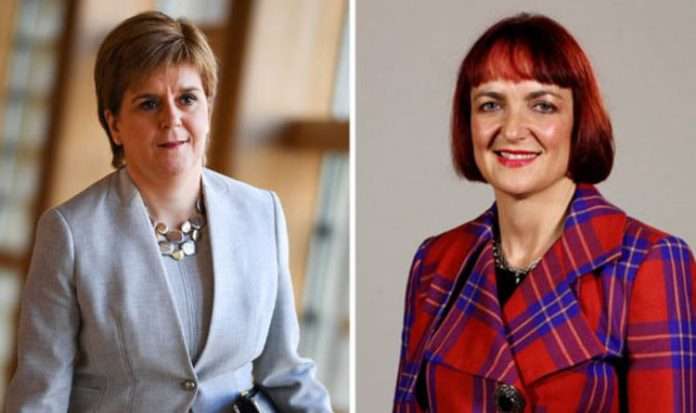 Angela Constance raised the plight of the McKenzie family from Breich in her Almond Valley constituency.

The hospital’s paediatric ward has been closed to out-of-hours inpatients since July 2017 because of a shortage of staff.

Patients are now transferred to the Royal Hospital for Sick Children in Edinburgh because there are not enough doctors and nurses to cover shifts.

Ms Constance, the former Social Security Secretary, said the family endured a three-hour wait for an ambulance transfer and was later left stranded in the capital.

Ms Constance said: “The baby was discharged at 11pm and the family were then left to walk into the city centre to catch the last bus to Livingston to then get a taxi home to Breich arriving at 1.30am.

“All of course contrary to the commitments made by NHS Lothian to provide transport support to local families.”

She asked the First Minister: “Given that the baby one of is 708 West Lothian children one of to be transferred from St John’s to the Sick Kid’s, how will you and the government ensure that NHS Lothian and, crucially, the Paediatrics Programme Board, do absolutely everything and more to return our much loved and first class children’s ward to a 24/7 service as soon as possible?”

Ms Sturgeon said the government would work closely with NHS Lothian to ensure that the ward is reopened as quickly as possible.

She added the current situation is to ensure “patient safety” and said she would ask Health Secretary Jeane Freeman to look into the case raised.