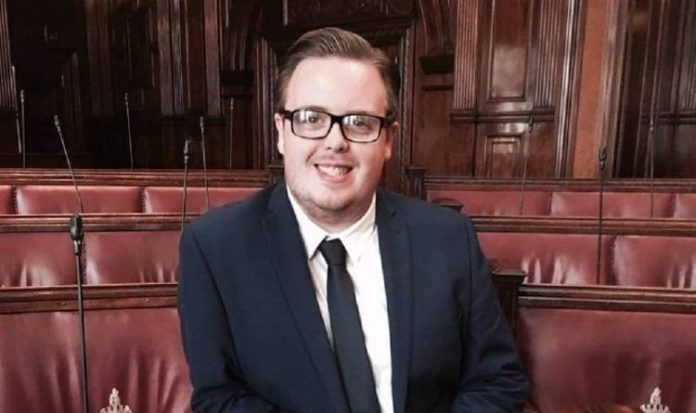 Instead of welcoming the much-needed cash, Nicola Sturgeon’s party labelled it an attempt to “bypass the devolved governments and dictate spending”. Scotland will be allocated £400million of Westminster’s £4.2billion Levelling Up Fund.

At least £800m will go to town centre and high street regeneration, local transport, cultural and heritage projects across the UK, the government said.

This investment is something many Scottish towns and cities are crying out for, according to Glasgow councillor Thomas Kerr.

And today the Scottish Tory savaged the SNP’s response to the fund.

He said: “You would have thought the SNP might welcome direct investment in Scotland, but they cranked up the grievance machine and described it as a power-grab.

“This is the same SNP Government heavily criticised by the independent Auditor General this week for failing to be anywhere near transparent enough on how they have spent almost £10 billion worth of UK government funding during the Covid pandemic.

“For the SNP, money spent directly in Scotland by the UK Government is a threat to their authority.

“It’s a threat to the fallacy they perpetuate that the big bad Tories don’t care about Scotland.

“But let me be clear – the Government of the United Kingdom does not require the permission of separatist nationalists to invest in every nation of our union.

But the announcement sparked fury from the SNP – which is currently battling to hold a second referendum on Scottish independence despite a poll revealing that a majority of Scots no longer back ending the union.

Its deputy Westminster leader Kirsten Oswald said: “The Tory government’s move to bypass the devolved governments and dictate spending over devolved areas is yet another sign of its naked power-grab plans.

“Rather than passing on funding through Barnett consequentials – which could have seen Scotland receiving its share totalling around £400m – the Tories are intent on dismantling devolution and taking control, with absolutely no clarity over how much will be spent in Scotland.”

In the UK Internal Market Act passed last year, it was granted new spending powers in areas that are otherwise devolved, such infrastructure and cultural and educational facilities.

Mr Kerr finished by saying that the SNP’s “raison d’être prohibits them from pursuing the closest possible coordination across these islands because they want to cut us off from our family of nations when it is most crucial to us”.

He continued: “I unequivocally welcome the news of investment in Scotland direct from the UK government and look forward to engaging constructively on where these funds can best benefit the people of Glasgow as we look to rebuild from the pandemic.”