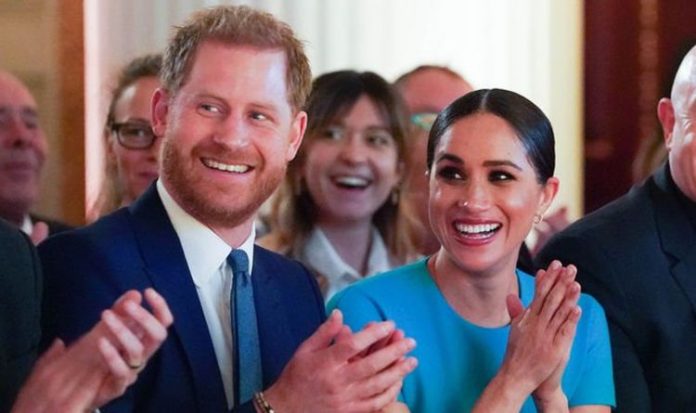 The SNP’s Culture Spokesperson at Westminster John Nicolson has branded the BBC’s coverage of the Prince Harry and Meghan Markle’s decision as “horrendously outdated”. On Friday, Meghan and Harry informed the Queen that they will not return as working members of the Royal Family. In a scathing outburst, Mr Nicolson complained that it took seven minutes for BBC Six O’Clock News coverage “before we got to anything serious” because of the royal coverage.

The SNP MP was questioned about the royal news during his appearance on the BBC’s Any Questions.

Any Questions host Anita Anand asked the SNP MP: “Have Meghan and Harry failed to do their duty?”

Mr Nicolson responded: “You know, I don’t really care? I’m not a royalist.

“The idea that this story was leading the BBC for Six O’Clock News – there was 7 minutes, and two royal stories before we got to anything serious.

“They seem like very nice people as far as I can tell. He always seemed lovely. She seems very intelligent.”

He later told Ms Aanad: “It is the only story that BBC correspondents aren’t allowed to say anything critical.

“They always have to assume that slightly sycophant approach. In a royal story, the BBC’s coverage is horrendously outdated.”

The BBC Any Questions host joked that she would relay his criticism to her bosses.

Prior to his appearance on BBC Any Questions, the SNP MP tweeted: “Seven minutes into the BBC’s flagship ‘Six O’clock News’ and we are now on to the second royal story leading the running order.

The Queen confirmed the couple would not “continue with the responsibilities and duties that come with a life of public service”.

A statement from the palace added Prince Harry and Meghan “remain much loved members of the family”.

The couple said “service is universal” and offered to continue supporting the organisations they have represented.

Meghan and Harry, who now live in California, formally stepped down in March, with a plan to review the arrangements after 12 months.