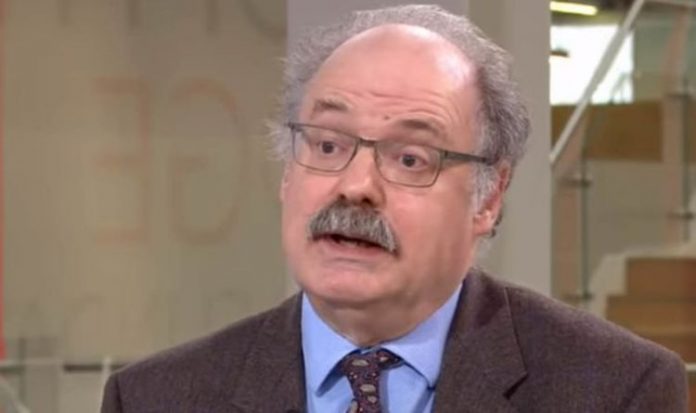 Professor Sir Mark Walport, former chief scientific adviser to the government, said he was “more worried” about the coronavirus variant which has emerged in South America over the one from South Africa. He told Times Radio: “I’m concerned about the South African variant, it is more transmissible and the evidence is that the vaccine protects against it slightly less well but the answer is that the current vaccine still work pretty well against this variant.

“The South African variant is an example of others that are cropping up around the world and the one I think we should be more worried about is the variant that’s emerged in South America.”

He went on to say it is “almost impossible” to completely shut down the country and prevent highly transmissible new strains from other countries coming to the UK.

Sir Mark said: “There is the scientific perfect answer, and then there’s the answer that policymakers will come to, which is sort of practical and achievable.

“The simple answer is, if you want to stop new variants coming to the country then you have to do everything you can to reduce travellers and isolate them as they come across the border.

“The challenge for a country like the UK, which is a major global hub where for our resilience we depend on supplies from all over the world, is whether it’s practical to actually achieve that.

“I think, realistically, most people would feel that, whilst one can delay the coming in of new variants of viruses from around the world, it’s almost impossible to completely close down a country and prevent that happening if there is a very highly transmissible variant.”

The Government is working with vaccine firms on tackling coronavirus variants, the Health Secretary has said, as scientists expressed concern that the strain identified in Kent has mutated.

As doorstep testing gets under way in eight areas of England to find cases of Covid-19 caused by the South African variant, experts said some samples of the Kent variant are now showing the E484K mutation.

He said: “We’re working with pharmaceutical companies and with the scientists to understand both whether the such modifications are needed, where they are needed, and how they can be brought to use on the frontline as quickly and safely as possible.

“This is obviously a very important consideration given the new variants that we’ve seen.

“And we have confidence that modifications to vaccines, should they be necessary in large scale, will be available more quickly than the original vaccines.

“And just as we did first time round, when we got in there early and we bought at risk, so we are having exactly the same conversations right now with the pharmaceutical companies to make sure that we are right at the front of this one.”