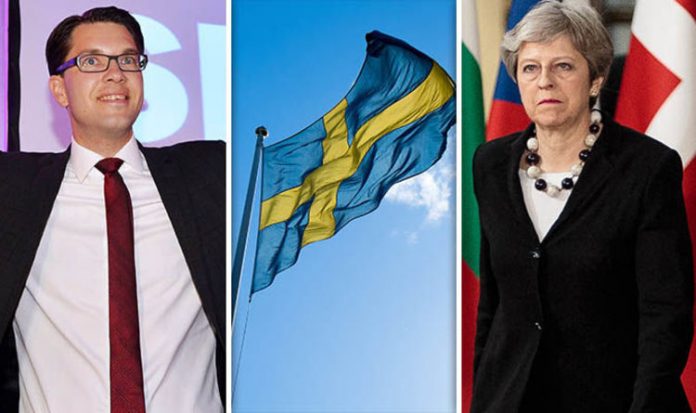 Some seven million Swedes will head to the polls on Sunday to elect a new parliament and government to succeed the Social Democrat-Green minority coalition of the prime minister, Stefan Löfven.

After a series of electoral threats to the EU in 2018, including Italy, the Netherlands, Germany, France, and Austria, plus the ongoing Brexit challenge, these elections will be closely watched by EU policy-makers.

The party’s main policy is to hold a referendum on whether Sweden should leave the EU, dubbed ‘Swexit’, which, despite the idea not gaining much traction with voters, will make leaders in Brussels nervous.

The key issue in Sweden’s elections and the rise of the Sweden Democrats was borne out of Europe’s 2015 immigration crisis.

Sweden received 163,000 immigrants in 2015 alone, more relative to its population than almost any other European nation.

Although the present government has radically tightened asylum laws since, the crisis allowed the Sweden Democrats, whose roots lie in the neo-Nazi movement, to get a foothold in the upper echelons of Swedish political power. 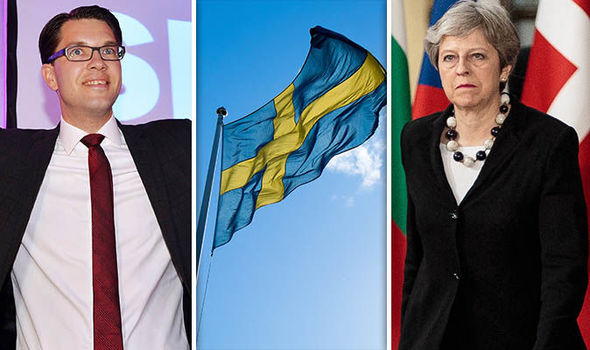 Under current leader Jimmy Åkesson, the Sweden Democrats, have seen most of the openly extreme-right wing policies removed.

But the core message that Sweden’s generous welfare state is under threat has struck a chord with the public.

Sweden has also seen a sharp rise in violent crime, with gang shootings and grenade attacks not uncommon, particularly in economically-deprived areas with high concentrations of immigrants.

Last month, groups of masked youths set up to 80 cars alight in Gothenburg and two other towns on Sweden’s left coast. 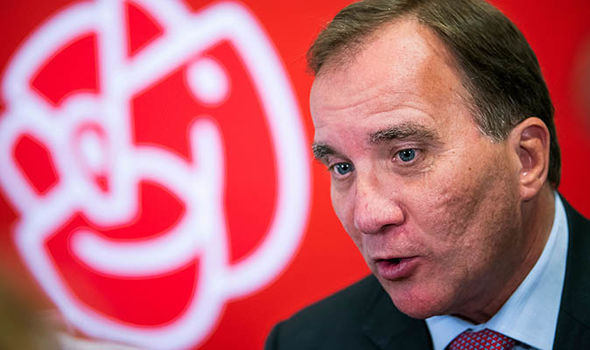 The Sweden Democrat’s solution is tighter immigration as well as stronger efforts at integration.

The rest of Sweden’s mainstream parties have focused on the pros of immigration, particularly in a country with a low population birth rate, as immigration resolves issues such as labour shortages.

But now, the Social Democrats have seen their support plummet, like many classic northern European labour parties.

They now hold around 25 percent, with the more radical Left party surging to 10 percent, and the Green party at five percent.

This would give the left a 40 percent hold on the votes, with the centre-right Moderate party holding 18 percent, and the free-market Centre party at ten percent. 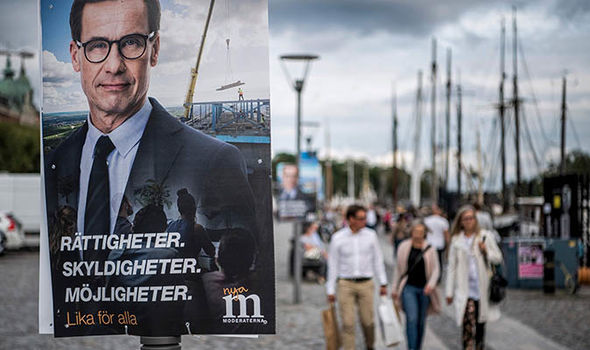 This election comes at a delicate time for British politics, as the Prime Minister heads into the final phases of Brexit negotiations.

If the Sweden Democrats gain a significant chunk of the votes, it is likely to impact the process.

Brussels is likely to take a hard-line on negotiations if there is concern over other countries following suit, making the chances of a no-deal Brexit more likely.

In hopes of avoiding a Swexit, the UK could be used as a means to show how the divorce process of the EU might look, acting as a deterrent in this growing anti-EU climate across Europe.