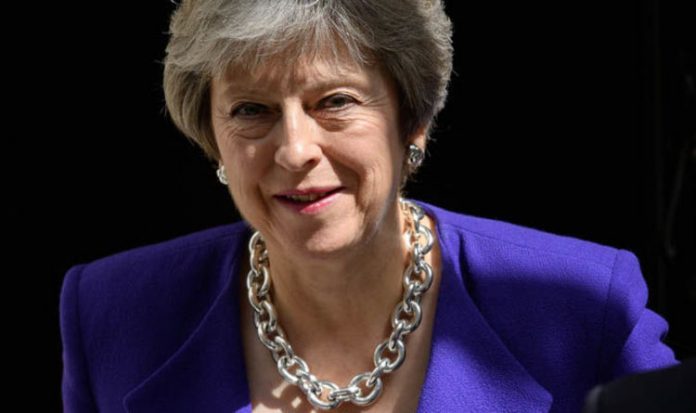 Theresa May is currently in the grips of a power struggle as she attempts to put her Chequers Brexit plan through Parliament.

So far, she has seen a narrow success, able to pass the agreement to leave the Customs Union by the skin of her teeth.

However, the Prime Minister was dealt a blow as with the help of Tory rebels, the Labour Party was able to ensure the UK stayed in the European Medicines Agency.

Despite this, her recent win managed to keep her in the Government top spot, but she is under more scrutiny than ever.

How old is Theresa May?

Theresa May was born on October 1, 1956, as Theresa Brasier, making the current Prime Minister 61 years old.

Mrs May was born in Sussex, specifically Eastbourne, to parents Zaidee Mary and Hubert Brasier.

Her mother was a strong supporter of the Conservative Party and she was schooled at Holton Park Girls’ Grammar School in Wheatley.

Theresa May began her foray into politics in the 1980’s as a councillor for Durnsford ward.

She served as the Chairman of Education and Deputy Group Leader from 1988-90, before becoming Housing Spokesman from 1992–94.

Mrs May was selected to become the Conservative candidate for Maidenhead and was later elected with 25,344 votes (49.8 percent) in 1997.

The future Prime Minister then became Shadow Spokesman for Schools, Disabled People and Women from 1998–1999 as part of William Hague’s front-bench Opposition team.

Who is Theresa May’s husband Philip May?

Theresa May married husband Philip May on September 6, 1980 and the pair have been married for a total of 37 years.

Philip and Theresa May were introduced at a Conservative Party disco while the two attended Oxford University in the 1970’s.

They apparently later bonded over a mutual love of cricket.

Mr May took a different path to his wife, choosing not to take a political position, instead journeying into the world of finance.

As of 2016, Mr May has been a relationship manager for financial group Capital International where he has remained for the past decade.

When Mrs May was elected as Prime Minister and leader of the Conservative party, his current office released a statement outlining that Mr May was not responsible for investment decisions.

They said: “He is not involved with, and doesn’t manage, money and is not a portfolio manager. His job is to ensure the clients are happy with the service and that we understand their goals.”