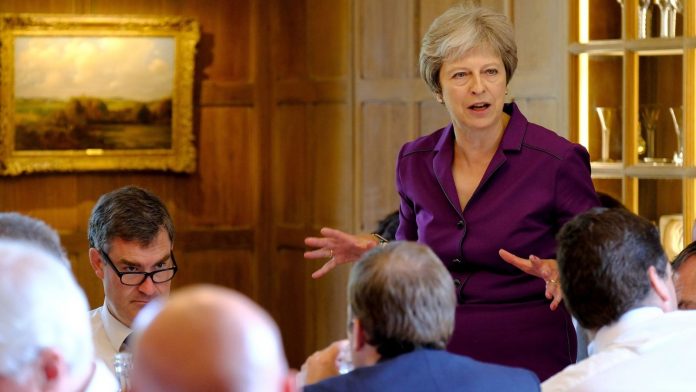 Brexit-backing MPs have been urged to get behind Theresa May, as she contends with a backlash against her plan for Britain’s future relationship with the European Union.

Michael Gove admitted the agreement thrashed out after a marathon day of talks on Friday was not everything he had hoped for, but the Environment Secretary said he was a “realist” and recognised the need for compromise.

Despite talk of potential resignations ahead of the Brexit showdown, Mrs May’s cabinet signed up to the proposals, which will now be set out in full in a white paper presented to parliament this coming week.

Foreign Secretary Boris Johnson reportedly described defending the plans as like “polishing a turd” during the Chequers summit, before eventually falling into line behind the PM.

While full details of Mrs May’s plan have yet to be revealed, backbench Brexiteers are struggling to digest what has been published thus far.

The disquiet has sparked speculation some Conservative MPs could submit formal letters calling for a leadership contest, with 48 being the requisite number.

In a bid to quell such manoeuvres, Mr Gove – a key figure in the 2016 campaign for a Leave vote – took to the airwaves to try and sell the deal.

He said it was a “perfect balance” between the need for close access to Europe and allowing the services industry to diverge from EU rules and regulations.

“I think people have every reason to be concerned” says veteran Conservative MP and arch-Brexiteer Sir Bill Cash on the deal agreed at Chequers #Ridge pic.twitter.com/fol6dtGPS5

When asked if the agreement was everything he had hoped for, Mr Gove told the BBC’s Andrew Marr Show: “No, but then I’m a realist and one of the things about politics is you mustn’t, you shouldn’t make the perfect the enemy of the good.

“One of the things about this compromise is that it unites the cabinet.”

He added: “All those of us who believe that we want to execute a proper Brexit, and one that is the best deal for Britain, have an opportunity now to get behind the Prime Minister in order to negotiate that deal.”

Mr Gove said the onus was now on Brussels to be flexible, with Britain stepping up preparations to show it can walk away from the negotiations without a deal if necessary.

“There’s a lot of unhappiness… is this going to be a proper Brexit?” says Tory euro-sceptic MP Bill Cash on whether Theresa May’s position is any more secure since Chequers #Ridge pic.twitter.com/1gNjHRhshx

Quizzed about claims his cabinet colleague used colourful language to describe what was on the table at Chequers, Tory party chairman Brandon Lewis told Sky News: “I have always taken a rule not to go through and give details of what has been said by individuals in Cabinet.

“It is very easy to take what can sometimes be seen as a joke in a particular conversation somewhat out of context and make a story out of it.”

In an interview with Sophy Ridge on Sunday he added: “The reality is Boris and all of us came to an agreement about a strong package that we think is good for the UK economy (and) delivers what the Brexit vote was about in 2016.”

A meeting involving the PM and Tory MPs on Monday evening will provide an indication of the strength of feeling in Mrs May’s party.

All the indications are that it will be a stormy gathering.

“There are a lot of questions in here, there is a lot of unhappiness, there is a great deal of concern that we are saying that we leave – it’s not ‘to be or not to be’ it’s ‘to leave or not to leave’,” he told Sophy Ridge on Sunday.

“The question is how do you leave and is this going to be a proper Brexit? There will be a massive discussion about all this.”

Sir Bill said he had not penned a letter calling for a leadership contest, but ominously noted: “If people were to decide to put in those letters you only need 48”.

Fellow backbencher Andrew Bridgen was far more forthright, saying he would not back the deal even “if the EU were paying us”.

He told BBC Radio 5 Live’s Pienaar’s Politics: “I’m very, very disappointed with the offer that we’ve seen coming out of Chequers – I’m disappointed that so-called Brexiteers in the Cabinet didn’t pick up the cudgels and fight for a better offer.”

Mr Bridgen said the agreement “crosses many of the supposed red lines” previously set out by Mrs May – which includes leaving the EU’s single market and customs union – but said “we’re not there yet” when asked if he would be advocating a vote of confidence in the PM.

Writing in the Mail on Sunday, Mr Bridgen said Jacob Rees-Mogg was now the only credible challenger to Mrs May, after Brexiteer cabinet ministers failed to oppose the PM’s plan.

A highly-critical analysis of the statement put out after the Chequers meeting has been circulating within the European Research Group of eurosceptic Tories – which is led by Mr Rees-Mogg.

The proposals “lead directly to a worst-of-all-worlds ‘black hole’ Brexit where the UK is stuck permanently as a vassal state in the EU’s legal and regulatory tarpit”, the briefing by Martin Howe QC said.

A Brexiteer source said the document has not been endorsed by the group, but was “devastating”.