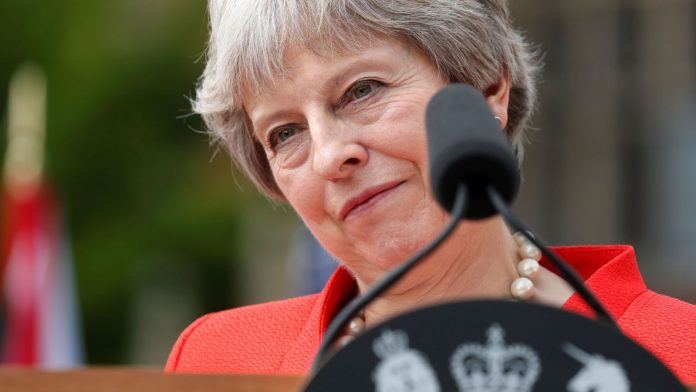 Theresa May is facing a serious challenge from Conservative party rebels who object to her plans for leaving the European Union.

Amid an escalating crisis for the prime minister MPs are set to vote on a series of amendments, tabled by members of the European Research Group (ERG), that seek to wreck a blueprint for leaving the EU drawn up at Chequers.

The controversial plans, which detail “a common rule book” covering a new UK-EU free trade area, were presented by Mrs May as a hopeful compromise approach in Brexit talks.

But they prompted a total of eight resignations, including that of Brexit secretary David Davis and foreign secretary Boris Johnson, and a growing threat to the prime minister.

It has been reported that more than 100 Brexiter MPs have joined a WhatsApp group coordinating voting tactics against Mrs May, and would be meeting ahead of a vote on the customs bill.

Increasingly visible figures such as Jacob Rees-Mogg have branded the prime minister’s approach to Brexit negotiations “hopeless” and accused her of allowing too much ground to Brussels.

Pro-EU Conservatives have also tabled objections to the customs and trade bill, while former education secretary and remainer Justine Greening has called for a second referendum.

“I wanted the prime minister’s Chequers agreement to be a workable compromise,” she wrote in The Times. “It is clear it is not.”

“The only solution is to take the final Brexit decision out of the hands of deadlocked politicians, away from the backroom deals, and give it back to the people,” she added.

The amendments to be voted on Monday are unlikely to pass without Labour support, but they represent a show of power by Brexiteer MPs toward the prime minister.

Mrs May has said she was forced to come forward with revised proposals after two options put forward by the EU were deemed unacceptable.

She has framed her plan as a compromise avoiding the need for a hard border in Ireland while maintaining “frictionless” EU trade and allowing the UK to negotiate free trade deals.

Mr Johnson also made his first public intervention since his resignation last week, with a column in the Daily Telegraph pledging to resist “for now” the urge to “bang on about Brexit”.

“It is time for all of us – at this critical moment in our constitutional development – to believe in ourselves, to believe in the British people and what they can do, and in our democracy,” he wrote.