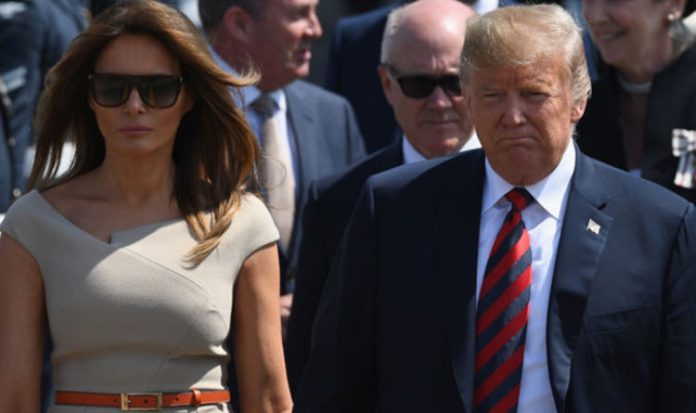 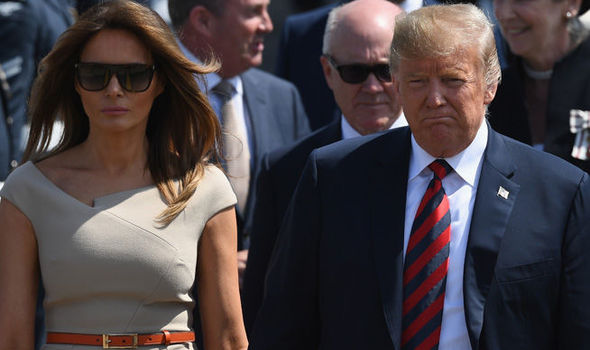 Mr Trump’s first formal visit to Britain as US President.

The location was chosen because of its historic links with the Churchill family with Sir Winston being half British and half American.

It came on Mr Trump’s first formal visit to Britain as US President but was overshadowed by protests around the UK by hard left activists and strong criticism of Mrs May’s Brexit policy by Mr Trump.

Mrs May told the audience that the US and UK are not just the closest of allies but “the dearest of friends”.

Hailing a future trade deal once Britain is free of the EU, she said that Brexit is “an opportunity to tear down the bureaucratic barriers that frustrate business leaders on both sides of the Atlantic.

“And it’s an opportunity to shape the future of the world through co-operation in advanced technology, such as artificial intelligence.”

She went on: “Mr President, Sir Winston Churchill once said that ‘to have the United States at our side was, to me, the greatest joy’.

“The spirit of friendship and co-operation between our countries, our leaders and our people, that most special of relationships, has a long and proud history.

“Now, for the benefit of all our people, let us work together to build a more prosperous future.” 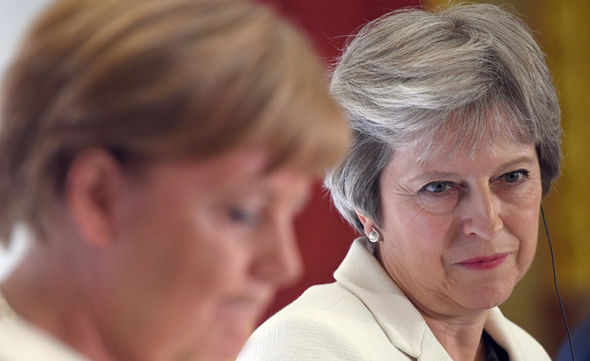 Mrs May told the audience that the US and UK are not just the closest of allies but friends. 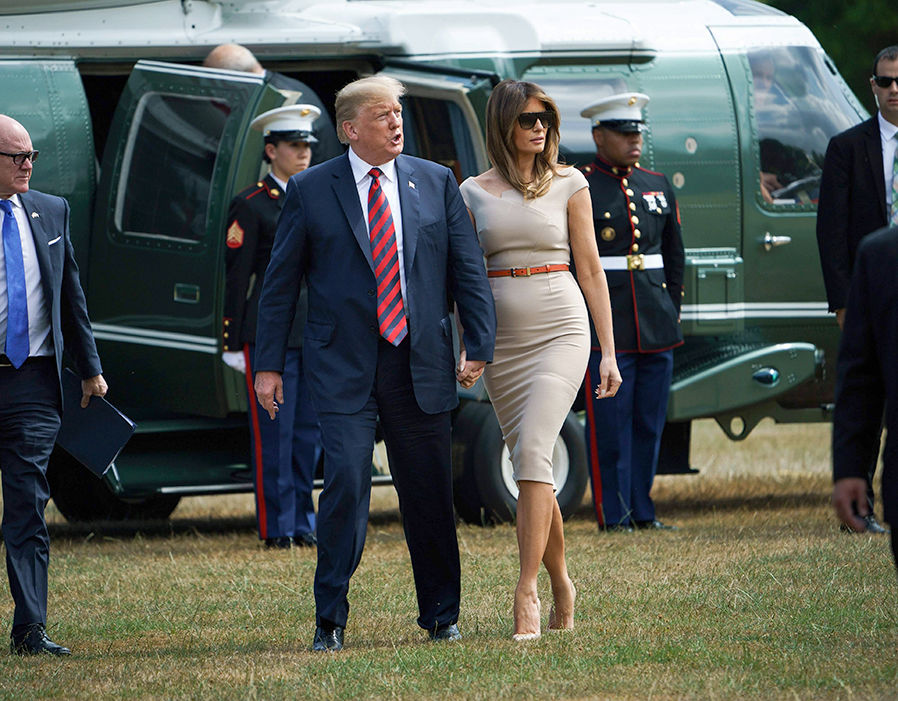 
Sir Winston Churchill once said that ‘to have the United States at our side was, to me, the greatest joy’.

Earlier in a hastily arranged press conference before flying from the Nato summit in Brussels to Britain, Mr Trump told the Prime Minister that she is not delivering the Brexit the people voted for.

The US President has been a strong backer of Brexit and invited former Ukip leader Nigel Farage to help him campaign to get into the White House in 2016.

But Mrs May’s Chequers plan for a common rule book on goods with the EU has been severely criticised by Brexiteers for failing to deliver on the historic referendum result and the US is now questioning whether a trade deal is possible.

Asked about his views on the UK’s plans for Brexit, Mr Trump made it clear he believed Mrs May was not delivering Brexit, although insisted that it was not up to him to tell Britain what to do.

He said: “I am going to a pretty hot spot right now with a lot of resignations.”

Mr Trump told journalists he had been “reading a lot about Brexit.”

He said: “I would say Brexit is Brexit. The people voted to break it up so I would imagine that’s what they would do, but maybe they’re taking a different route – I don’t know if that is what they voted for.”

He added it seemed as if the UK was “getting at least partially involved back with the European Union”.

“I’d like to see them be able to work it out so it could go quickly,” he said.

Despite tensions in the last week, which appeared to be on display at Nato when it looked like Mrs May had declined to shake the President’s hand, the UK Government rolled out the red carpet for Mr Trump .

Mr Trump flew into Stansted before being taken by military helicopter escort to the Ambassador’s residence Winfield House in Regents Park where he stay the night before going to the dinner.

One woman who saw the President arrive said he had given a “short speech” which she described as “lovely”. 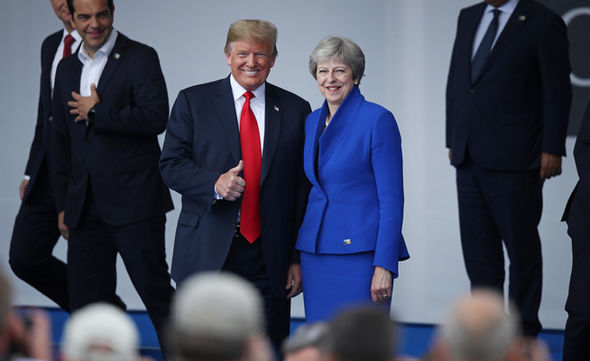 Mr Trump was also dismissive of the protests and said he is “very popular” in Britain.

Another man, who did not wish to give his name, said: “It was very complimentary to England and to the allies that we have, very positive.”

Mr Trump continues his trip tomorrow with talks with Mrs May at Chequers and then heading to his golf courses in Scotland over the weekend.

Mr Trump was also dismissive of the protests and said he is “very popular” in Britain.

He told reporters: “They like me a lot in the UK. I think they agree with me on immigration.”

He added: “I think that’s why Brexit happened.”

The US President added that he had told European leaders that immigration is a problem.

“Immigration is taking over Europe,” he said.