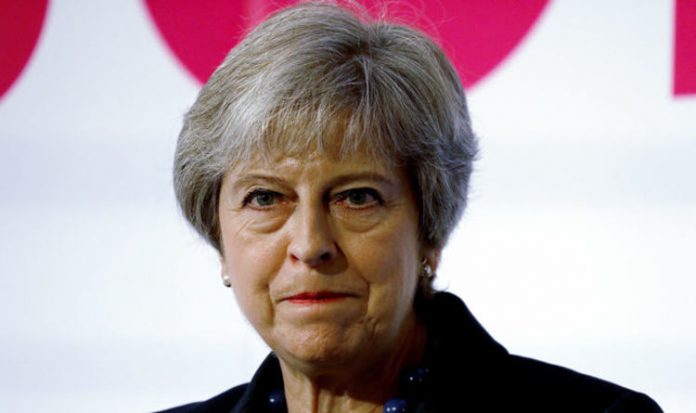 Deputy Chairman James Cleverly criticised the tactics employed by the Tories during last year’s general election, claiming the party “fundamentally forgot that people want to vote for something positive”.

Speaking to The Spectator, the MP for Braintree added: “They want to be shown what the good life for them personally looks like.”

Mr Cleverly, who voted to leave the EU during the 2016 referendum, also urged the Prime Minister to instead speak to the whole country as opposed to just Brexiteers.

He warned they have to “understand why people are scared” about exiting the bloc if they want to win voters over again.

Mr Cleverly added: “We can’t laugh at them and say: you’re snowflake hippie Remainers. We need to understand what they are concerned about.”

The Deputy Party Chairman is the latest senior Tory MP to launch a scathing attack on under pressure Theresa May in the last few days.

Last week, her former policy advisor George Freeman called on the Prime Minister to stand down immediately after Brexit in order to give a new generation the chance to shape the UK’s future as Tory in-fighting rages on.

Mr Freeman, an advisor who sat on Mrs May’s policy board the year she became Prime Minister in 2016, said she should remain in her position to negotiate the terms of the UK leaving the European bloc.

But he said she should then leave with “gratitude” immediately after the UK’s exit, allowing the Tory party to select new blood through a leadership contest.

Mr Freeman added this would allow this would allow a fresh approach to implementing the Brexit plan and said a leadership contest next summer would likely culminate at the Tory Party conference.

He said: “Let me be clear. The Prime Minister has done an extraordinary job to make the best of an appalling legacy.

“She deserves the gratitude of a nation which was rudderless in June 2016.

“She deserves the chance to honour her promise and deliver our departure from the European Union on March 29, 2019.

“But the shape of our future relationship must be forged by a new leader. Someone liberated from the poisonous politics of the EU referendum and the shambles that has followed.”

The latest attacks on the Prime Minister’s leadership come as a leaked internal memo revealed Conservative MPs could be plotting to oust her after Brexit and are already lining up potential successors.

The dossier, which was leaked to the Daily Telegraph and is reportedly being widely circulated by Tory MPs, suggest the backbench 1922 Committee may invite Mrs May to stand down “soon after March 2019”.

It advises MPs to “manoeuvre immediately”, and outlines the pros and cons of Mrs May’s potential successors.

According to the memo, former Foreign Secretary Boris Johnson, who has been highly critical of the Prime Minister’s Chequers plan in recent weeks, is the “bookies favourite” to succeed her.

It also described fellow Brexiteer and chairman of the Europe Research Group Jacob Rees-Mogg as the “party’s favourite”, but warned he was “unlikely to succeed to the last two”.

Among Mrs May’s more credible opponents, the memo described current Foreign Secretary Jeremy Hunt as a “dark horse near the front of the pack, coming up on the rail”.