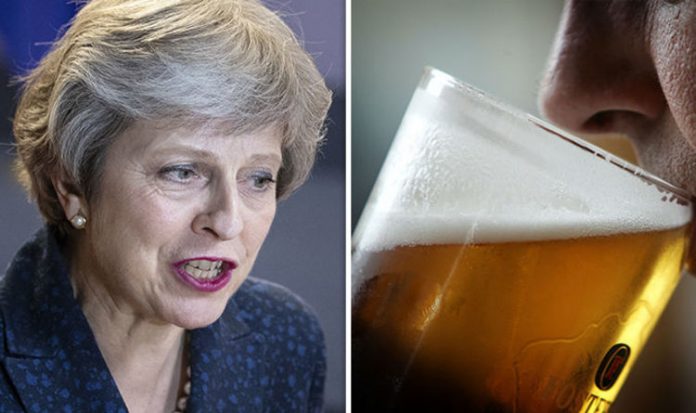 According to the Guardian, an inflation-linked increase on fuel duty next year would raise £800 million in its first 12 months and it is one of the proposals that ministers are taking “under serious considerations”.

Theresa May has recently been facing a lot of pressure after she promised a £20bn annual real-terms NHS funding increase by 2023-24 and Defence Secretary Gavin Williamson also demanded an increase to his budget.

Carl Emmerson, deputy director of the Institute for Fiscal Studies, said: “If they don’t lift the freeze, the deficit hole will get even bigger.

“The challenge of finding the money for the NHS, keeping the public finances on the track the chancellor might want, would all be harder if you continued freezing it.

“I presume that the Treasury is finding it difficult to say we can just squeeze spending . . . That leaves them the option of either ditching the deficit target and borrowing more, or going for some tax rises.”

The move, which would lift an eight-year freeze on fuel duty, is likely to meet strong opposition from Conservative MPs, who have previously expressed concerns over the rising cost of living.

It is also understood that Ministers are seriously considering ending the freeze on alcohol duty, which covers beer, wine, cider and spirits, and was announced in last autumn’s budget.

A Whitehall source told The Times: “The PM has been clear our commitment on the NHS goes above and beyond anything that’s come before and we will all need to contribute a bit more in a fair and balanced way.”

Last week, Theresa May confirmed that some of the funding boost for the NHS will come from the “Brexit dividend” of money no longer spent on Britain’s annual European Union membership fee after we leave.

However, she said action was needed now to “secure this great national inheritance for generations to come”.

The Prime Minister said: “We cannot continue to put a sticking plaster on the NHS budget each year so we will do more than simply give the NHS a one-off injection of cash.”

Referencing the Brexit fee savings, she added: “But the commitment I am making goes beyond that Brexit dividend because the scale of our ambition for our NHS is greater still.

“So, across the nation, taxpayers will have to contribute a bit more in a fair and balanced way.

“We will listen to views about how we do this and the Chancellor will set out.”

Under the Government’s plan, by the end of the five years, the NHS England annual budget will have increased by £20.5billion in real terms compared with today.

That equates to an extra £394 million a week – more than the £350million controversially signalled by the Vote Leave Brexit campaign bus in 2016.

In addition, the service will get an extra £1.25billion a year to cover pension funding pressures.