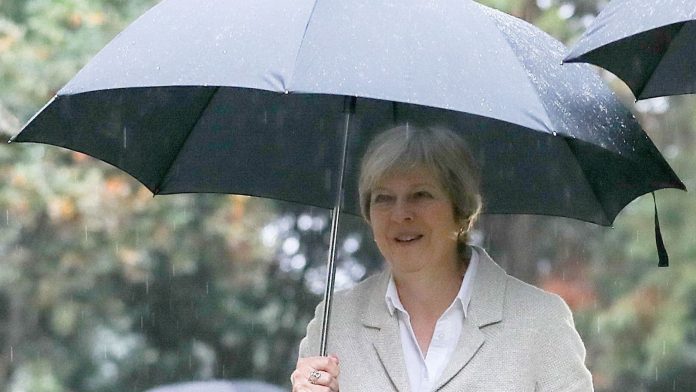 Theresa May has told cabinet ministers to hold their nerve after her Chequers plan was rejected by EU leaders – as top Brexiteers backed an alternative to the proposal.

Senior Conservative Leave supporters have continued to pile pressure on her to ditch the plan in favour of a recommendation from the Institute of Economic Affairs (IEA).

David Davis and Jacob Rees-Mogg attended the launch of the IEA’s report, which calls on the government to seek a “basic” free trade agreement for goods of the kind struck between the EU and Canada.

This would be while pursuing “regulatory freedom and trade independence”.

It came as a list of 24 technical notices published by the government on Monday showed how everyday life could be disrupted in the event of a “no deal” Brexit.

As ministers gathered at 10 Downing Street the prime minister said she remained confident of securing a withdrawal agreement with the EU.

She added that the government would still continue to prepare for the possibility of “no-deal” Brexit.

The Department for Exiting the EU’s technical notes warned of a disruption to food supplies and coach firms being unable to operate in the bloc if a deal is not reached.

When asked if the prime minister’s Chequers plan was still alive on his way into 10 Downing Street today, the Chancellor Philip Hammond replied: “Very much so.”