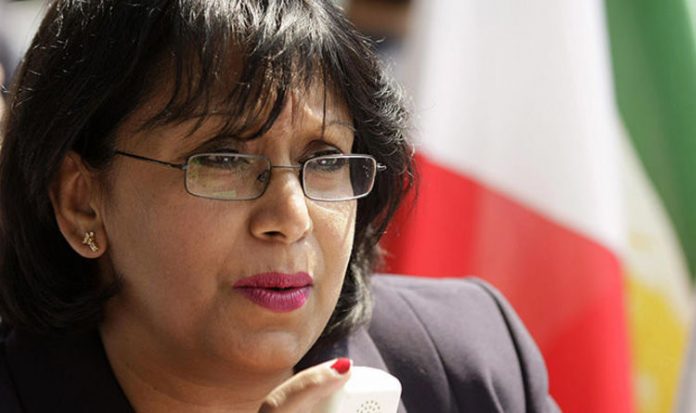 And a no-deal Brexit would inevitably cause significant disruption at UK ports and the Irish border, the document has added.

Speaking to Express.co.uk prior to its publication, Tory life peer Baroness Verma, chairwoman of the House of Lords’ EU External Affairs Sub-Committee, urged the Government to spell out how its plans would work in detail, warning that time was rapidly running out.

And she took the opportunity to mount a spirited defence of the role of the Lords in the Brexit process following criticism levelled at members of the chamber in recent months.

Mrs May’s idea, as set out in the Government’s Chequers White Paper, proposes a Facilitated Customs Arrangement (FCA) whereby the UK would undertake to collect duties on half of the EU.

The Committee, which interviewed a large number of experts during the course of preparing its report, Entitled Brexit: the customs challenge, concluded the plan would result in a costs totally £700million annually, quite apart from the fact that EU negotiator has already indicated the bloc would be unwilling to allow a non-Member state to collect duties in this way.

Baroness Verma said: “The Government must, as a matter of urgency, provide answers to questions on the Facilitated Customs Arrangement, such as how goods would be tracked, how revenue would be collected and how the repayment mechanism would work.

“With only six months to go until Brexit the clock really is ticking on a mutually acceptable customs agreement.

“A ‘no-deal’ Brexit will cause disruption – mitigation options are limited and no technology currently exists, which would eliminate border checks completely.

“Even if the UK waived customs checks on goods arriving from the EU, the EU has said that it will not reciprocate.”

Baroness Verma said an estimated 145,000 VAT-registered UK businesses, and potentially a further 100,000 under the VAT threshold, currently trade exclusively with the EU, and all would need to be familiar with the various rules, regulations – and added costs – which would apply to them.

She said: “Our report really highlights the difficulties facing businesses, particularly those solely depending on trade with the European Union.

“It asks lots of questions – but we are not that far away now and we are none the wiser.”

Among the problems the report identifies are:

• How goods under the FCA could be reliably tracked and who would carry liability for keeping EU and UK-destined goods separate.

• The FCA’s repayment mechanism is untested and will take several years to be developed and implemented.

• In the case of ‘no deal’, trading with the EU under WTO rules would be “disruptive and costly, with tariffs applied to UK exports and the agricultural and automotive sectors “disproportionately affected”.

• The need for checks on some goods at the border could not entirely be alleviated by technological solutions, raising the possibility of a hard border and all the difficulties which would go with it.

Baroness Verma also took the opportunity to defend the work she and colleagues in the unelected chamber were doing on Brexit.

Peers have faced criticism in recent months after passing a number of motions perceived by some as attempting to undermine the whole process of leaving the EU – but she insisted this was not the intention.

She explained: “We’re not questioning the decision people took in 2016 – but people would look on us quite poorly if we did not look at this in detail.

“If we get it wrong because people are in a hurry to have it done and dusted it affects the whole of the UK population.”