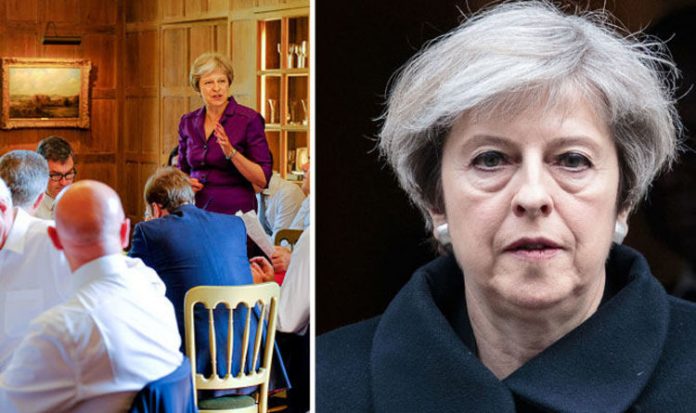 Brexiteer lawyer Martin Howe has written a damning analysis of the Prime Minister’s new Brexit plan, which would mean the UK maintains close ties with the EU.

Mrs May claimed that the plan would ensure that “the people won’t be let down”.

Mr Howe’s concerning briefing note, which has said the plan would leave the country trapped in a “legal and regulatory tar pit”, is being circulated by the European Research Group of Tory Brexiteer MPs.

The 18-page document has been formed following Theresa May’s apparent victory at Chequers where all ministers got behind her plan for a soft Brexit.

Mr Howe has said that the Cheques proposal would mean that UK goods would be required to abide by EU laws after Brexit, which would affect the good themselves as well as their packaging and how they are tested.

The QC believes that the obligation to follow the EU rules on goods would affect the country’s ability to have its own independent trade policy.

He went as far as saying that this new plan would lead to a “Black Hole” Brexit as the UK would be stuck inside the EU’s “tarpit” and forced to obey its laws and the rulings of the European Court of Justice.

He said: “These proposals therefore lead directly to a worst-of-all-worlds ‘black hole’ Brexit where the UK is stuck permanently as a vassal state in the EU’s legal and regulatory tar pit, still has to obey EU laws and ECJ rulings across vast areas, cannot develop an effective international trade policy or adapt our economy to take advantage of the freedom of Brexit, and has lost its vote and treaty veto rights as an EU Member State.”

Mr Howe said that this type of customs arrangements to track goods would not be in place in time for the 2022 general election.

Full details of Mrs May’s plan will be published in a White Paper on Thursday.