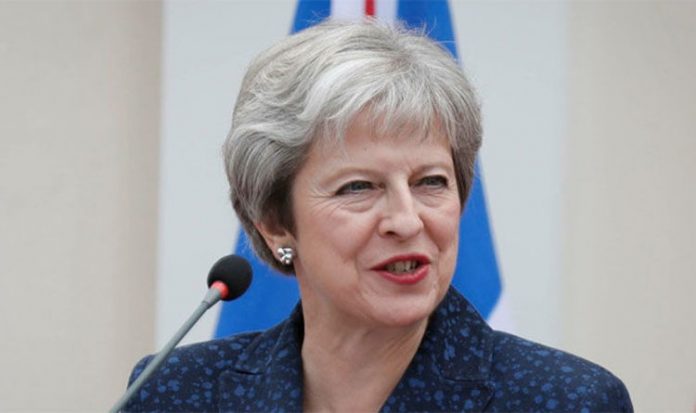 Using a newspaper column to shut down Eurosceptic MPs opposed to her Chequers proposals, Mrs May dished out stark orders on the future of freedom of movement in the country.

Writing in the Sunday Telegraph, she said: “With our Brexit plan, the era of unfettered access to the UK – and our benefits system – will be over.

“Britain will finally control its own borders. We want to leave with a good and we are confident we can reach one

“We want to leave with a good deal and we are confident we can reach one. But, of course, there is still a lot more negotiating to be done.

“So it is only responsible that we have also spent time this summer preparing for a no-deal scenario, just as the EU has done too.”

The pledge comes as Mrs May vowed there will not be a second referendum on leaving the EU, as it would be a “gross betrayal” of democracy.

She also insists that the country would ultimately thrive in the event of a no-deal Brexit.

The Prime Minister faces pressure to abandon her Chequers blueprint or risk “betraying” Leave voters, according to a growing campaign by Brexiteer MPs.

Eurosceptics are drawing up an alternative deal that they hope Boris Johnson and David Davis, the former Cabinet ministers, will back when it is unveiled before before the Conservative Party conference at the end of this month.

Campaign supporters want Mrs May to deliver a clean break from Brussels, as promised in last year’s Conservative election manifesto.

They argue that the Chequers plan would keep the UK tied to Brussels and make it difficult for Britain to strike overseas trade deals.

Mrs May’s proposal is also hugely controversial because it could force the UK to accept rulings from the European Court of Justice (ECJ).

She added: “We will be ready for a no-deal exit if we need to be. And I will not be pushed into accepting compromises on the Chequers proposals that are not in our national interest.”

The Prime Minister vowed to continue vital work at home to build an economy that works for everyone and “a true meritocracy” for the UK, pledging: “You can trust me to do so”.