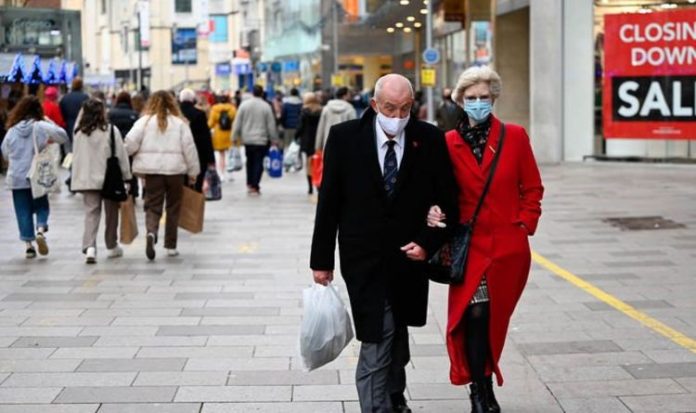 Sky News’ Jon Craig said this afternoon: “The PM is expected to announce that London and the south east is going to be put under a new tier 4 with much stricter rules on moving around and possibly to the christmas bubble plans.

Essentially tier 4 is a stay at home message. It could include non-essential shops closing, tighter rules on hotels.

“Weddings even, Christmas eve weddings perhaps, could be placed in jeopardy.

“It will be greeted with dismay and fury by some MPs and not doubt many people who have made their plans and spent a lot of money already.

“If it is a stay at home message, it’s going to wreck the travel plans and travel plans of many many families.”

BBC Political editor Laura Kuenssberg said: “The Prime Minister is expected to announce a tightening of Covid restrictions and a tier four for London and the South East as well as several other counties, cabinet sources have told the BBC.

“There is also expected to be a tightening of the plans to relax the rules around households gathering during the Christmas period.

“The cabinet was also briefed on the risks from the new variant of the disease by the government’s top medics at lunchtime.”