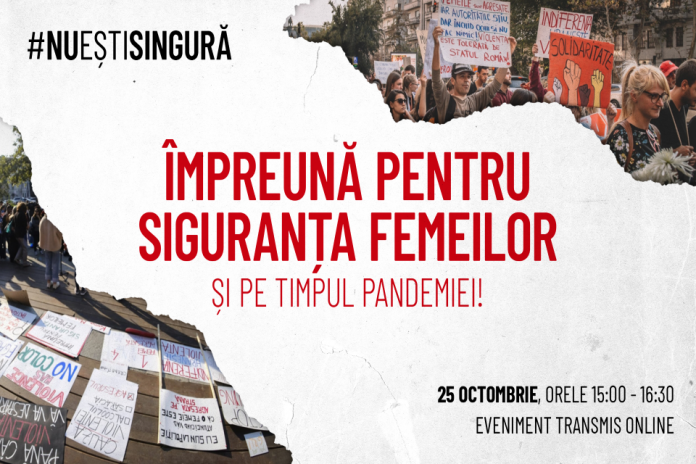 Violence against women and girls happens in all countries and at all levels of society. It is not a private matter but a Human Rights violation.

In the run up to the International Day for the Elimination of Violence against Women on 25 November, various initiatives are taken around the globe to create awareness of this worldwide problem.

By supporting the online public assembly “Together for Women’s Safety!” we show our solidarity with every woman and girl who has suffered violence. The event takes place online via Facebook on 25 October and will start at 15:00.

The event is organized by the Network for Prevention and Combating Violence against Women (VIF), which comprises 25 non-governmental organizations involved in promoting women’s rights, protecting survivors of gender-based violence and combating gender discrimination. VIF has for several years organized marches in the autumn with the purpose of bringing together people to raise awareness regarding gender-based violence.

The Istanbul Convention requires state parties to implement comprehensive and coordinated policies against such violence. Survivors’ rights should be placed at the centre of all measures. The work of civil society should be encouraged and supported.

We stand by the VIF Network in strongly condemning all forms of violence against women and girls. The ongoing COVID-19 pandemic adds to the importance of this cause. It is highly important that authorities create and implement specific policies and strategies aiming to protect and help survivors of gender-based violence.

READ  Spending review for 'whole UK' will deliver for Scotland

Join the online public assembly “Together for Women’s Safety!” at 15:00 on 25 October via Facebook.

This joint statement is signed by the following Embassies and Representatives of International Institutions: