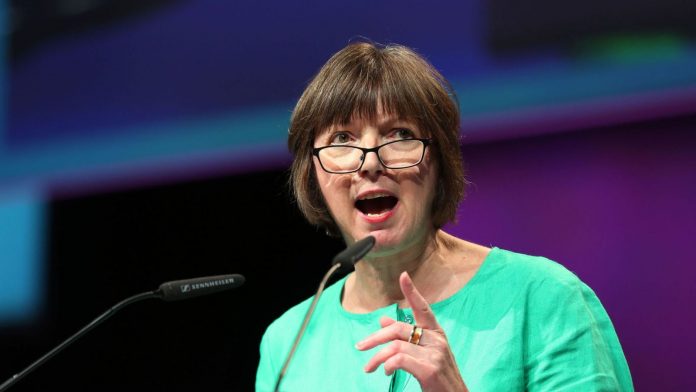 The Trades Union Congress (TUC) is heaping pressure on the Labour Party over whether it supports a second referendum on Britain leaving the EU.

General secretary Frances O’Grady said that the public should have a say on the terms of the Brexit deal through a “popular vote”, despite the prime minister ruling it out.

The head of the TUC, speaking after members of Britain’s biggest three unions appeared to back a second referendum, said unions would never negotiate a deal and not consult their members.

A poll of Unite, Unison and GMB members on the eve of the TUC conference found twice as many were in support of a final vote on the government’s deal than against.

Speaking on the BBC’s Andrew Marr Show, Ms O’Grady said time was running out for the UK to avoid “crashing out” of the EU.

She said: “That would be an absolute disaster for the people we represent. If we don’t get a deal that working people need, the TUC will be throwing its full weight behind a campaign for a popular vote so that people have a say.”

The general secretary said a deal in which the UK would stay within the customs union and single market would be the best way to protect people’s livelihoods.

She added: “Trust in the government to deliver a good deal is nosediving.”

Last week, the GMB union, which represents 639,000 workers, came out in support for a referendum on the final Brexit deal.

Three days ago, members of Unite, the UK’s largest trade union, voted to agree a policy stating it is “open” to a public vote on the agreement the government strikes with Brussels.

They are among the latest unions to raise the issue of giving people a final say on the proposed deal, with the Royal College of Nursing – which represents 400,000 nurses – also backing a second vote.

The TUC move puts further pressure on Jeremy Corbyn. He has so far refused to rule a second vote out, but he has not said whether he is in favour of it.

Campaigners who want a second Brexit referendum have been working hard to change Labour’s stance on the issue, according to a leaked memo.

The People’s Vote campaign, which is lobbying for a vote on the final deal Prime Minister Theresa May secures with the EU, will attempt to secure a motion on the issue at the party’s annual conference in Liverpool later this month.

MPs and other senior Labour figures, including David Lammy and former frontbencher Andy Burnham, have also expressed support for a second poll.

Labour has never taken the option of a “People’s Vote” on the final Brexit deal off the table, and many constituency parties are understood to be willing to back a motion at conference committing the party to a fresh poll.

The Corbyn-supporting Momentum group has also said it will ask members about the issue later in the year rather than take a position at the Labour conference in Liverpool.

Labour MP Chuka Umunna, a long-standing opponent of Brexit, reiterated his view that there should be a second referendum on Sky’s Sophy Ridge on Sunday programme.