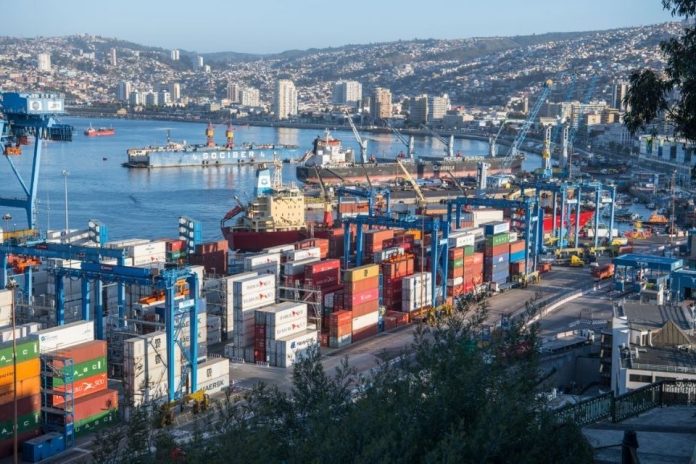 The UK government is formally applying to join one of the world’s largest free-trade areas, to position the UK at the heart of emerging economies in the Pacific and support jobs across the UK.

UK membership would enhance trade with CPTPP nations, including Chile, by opening up new markets and opportunities for UK businesses while encouraging greater inward investment and strengthening the UK’s ties with the Indo-Pacific region and the Americas.
Membership would also help the UK go further and faster in areas like digital trade and services. Last year trade from the UK to CPTPP member nations in these fields hit £18.7 billion and joining now would create an opportunity to unleash other sectors of the UK’s economy.

The UK’s accession would increase CPTPP’s combined GDP from £9 trillion to £11 trillion. Last year, trade between the UK and the 11 member countries was worth more than £111 billion and has grown on average at 8% each year since 2016.

More specifically, trade between the UK and the three Latin American CPTPP member countries was over £7 billion in the final four quarters to the second quarter of 2020, (Chile £1.8 billion, Mexico £4.5 billion, Peru £764 million) and its accession will increase its opportunities in the fastest growing sectors in these countries: agriculture, manufacturing, healthcare and life sciences and in a vast majority of other sectors such as automotive, food and drink, mining, digital and financial services.

The UK’s membership to CPTPP is a key part of the UK’s Government’s plan to position the UK at the centre of a network of modern free trade deals that drive jobs and economic growth.

One year after our departure from the EU we are forging new partnerships that will bring enormous economic benefits for the people of Britain.

Applying to be the first new country to join the CPTPP demonstrates our ambition to do business on the best terms with our friends and partners all over the world and be an enthusiastic champion of global free trade.

Our ambition, as an independent trading nation, is to champion free trade, fight protectionism and remove barriers to trade at every opportunity – all of which are values that CPTPP member countries promote.

CPTPP is an exclusive club of fast-growing countries who trade together, and our accession would secure increased trade and investment opportunities for all members and put the UK at the centre of a dynamic, free-trade area.

Spencer Mahony, Her Majesty’s Trade Commissioner for Latin America and the Caribbean, said:

I am delighted that the UK has officially notified CPTPP members of its intention to join. CPTPP membership will complement the bilateral trade deals the UK has across Latin America and support our efforts to increase UK trade with this exciting region.

Latin America is a dynamic, innovative and increasingly open region, with huge growth potential. Chile, Mexico, and Peru, just like the UK, are advocates for free trade and a rules based global trade system. CPTPP represents a further opportunity to work closely with them on this agenda.

If you want to know more about the UK’s accession to the CPTPP and Chile, please contact Gabriel Henriquez, Trade and Economic Policy Officer, British Embassy Santiago.

For more information about the activities of the British Embassy in Santiago, follow us on: