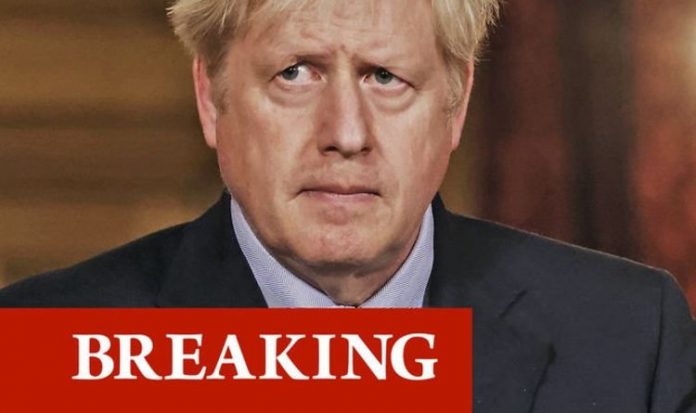 Boris Johnson met with ministers last night to discuss the “alarming” new evidence over the new strain of coronavirus. The Prime Minister will hold a second meeting today over whether fresh action is needed to curb the spread of the virus, including a third national lockdown.

Mr Johnson could decide to effectively cut off London and the South East from the rest of the UK, as a new variant of COVID-19 is spreading fast within this region.

The Prime Minister could announce later this afternoon that travel restrictions will be imposed, potentially causing havoc for people’s Christmas plans.

The travel ban could prohibit travel to and from the South East, with immediate effect.

Another measure being discussed is banning commuters from travelling into the capital.

The quick spread of the new strain is making the chances of a third national lockdown increasingly more likely.

Last night a Government source told : “What we do not know yet is whether the new strain is more or less likely to cause you harm, but what we have learnt is that it will pass to person to person much more easily and that is what we are really worried about.”

The new strain is blamed for the sudden surge in coronavirus hospitalisation and recent evidence suggests there has beee a surge in positive cases in London over the past seven days.

A Whitehall source said: “This is a fluid situation but it’s not looking good and we have to act fast.”

Former Health Secretary Jeremy Hunt has warned the prospect of a fresh national lockdown is on a “knife-edge” with infections rising and hospital admissions on the increase.

He told BBC’s Radio 4 programme this morning: “It is a very difficult, finely-balanced judgment. The biggest worry is what happens indoor in family gatherings and that’s where the risks do increase.

“I think they can be clearer about what is and isn’t advisable because it would be an enormous tragedy if we had a spike in deaths at the end of January/February because we took our foot off the pedal this close to having a vaccine.”