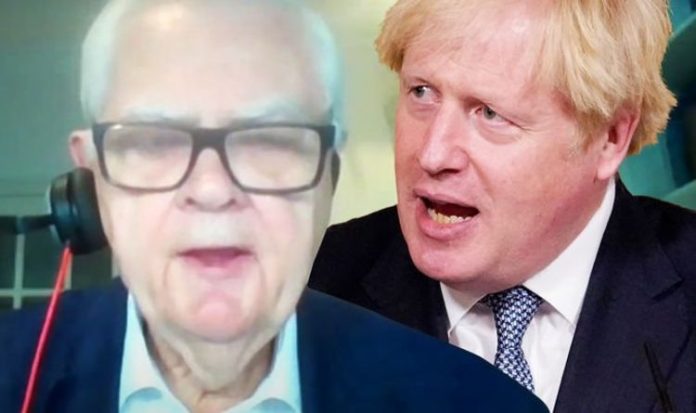 Former Chancellor and Conservative Lord Norman Lamont argued the recession caused by coronavirus would create an enormous challenge for the UK. While speaking on Sky News, he also claimed predictions the UK would make a V-shaped recovery were too optimistic. Lord Lamont said: “These figures are startling, not entirely unexpected but quite astonishing.

“They show the economy has got a cliff to climb in order to get back to where it was.

“There is some optimism provided by the fact that there was a sharp bounce-back of 8 percent in June, however.”

Lord Lamont highlighted some of the current predictions on the UK’s ability to recover from the current recession.

He said: “The Bank of England has suggested that in this coming quarter that we are there could be a recovery of 18 percent.

“Well, we shall see about that.

“That would be the fastest recovery in over 50 years.

“This is an enormous challenge for the British economy.”

In terms of an economic recovery, Lord Lamont admitted he had doubts about some predictions of a V-shape rise out the recession.

He said: “Over the last couple of decades the British economy has performed better than most of its major rivals over two decades.

“In one quarter we have given that away.

“So we have got to get back in order to have the competitive advantage that we had.

“Otherwise a lot of the effort of the past has been completely wasted.”