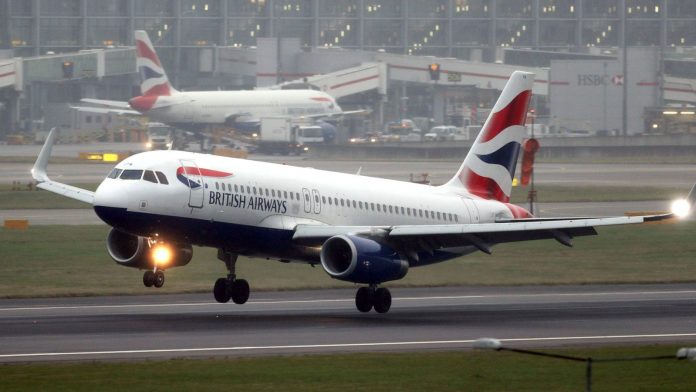 Pilot licences will no longer be recognised by the EU if the UK drops out of the European air safety mechanism, leaked Civil Aviation Authority documents obtained by Sky News reveal.

The documents warn that thousands of aviation licences, ratings and certificates for pilots and aircraft issued by the European Aviation Safety Agency (EASA) would have to be reissued if there is a “no-deal” Brexit, which would cost millions.

Not all 35,000 licenses would need to be reissued, but many EasyJet pilots are already being shifted to Austrian licenses.

In a separate leak, an internal CAA email sent last month asks whether staff are prepared to train to upskill in “airworthiness design and certification” as the organisation braces for the consequences of Brexit.

The documents paint a picture of an organisation scrambling to make the necessary preparations for a no-deal Brexit and the UK dropping out of the aviation single market altogether.

The advice to stakeholders issued by the CAA’s head of flight operations, Captain Rob Bishton, says: “If the UK no longer continues as an EASA member, UK issued licences, ratings and certificates may continue to display EASA references beyond 29 March.

“In this instance, licences, ratings and certificates will be reissued by the UK CAA.”

Last year, Sky News revealed the UK government’s plan to ask to remain in EASA – a plan subsequently put into policy at the Mansion House Speech and one that blurred the prime minister’s red lines on the supremacy of the European Court of Justice.

Sticking with the safety agency remains Mrs May’s plan A, but with 80 of her own MPs apparently lining up to vote down her Chequers deal, the possibility of no deal is significant.

The CAA currently works on behalf of EASA in regulating aviation safety and certification in the UK, but has been downsized in recent years, with many of its staff moving over to Brussels.

It is unclear who will foot the bill – £143 to re-issue each commercial licence, and £75 for a private licence.

Some have argued that an agreement on EASA could be reached even in the event of no deal, with both sides in agreement over the importance of keeping planes flying.

Former head of flight operations Captain Mike Vivian believes a deal will be ultimately reached but says the skills shortage at the CAA is concerning.

He told Sky News: “The CAA has to ramp up the staff that it previously had to discharge these tasks before they were given over to EASA – and that might take some time.

“As of 29 March next year the European Aviation rules and certification and all the rest that go with it cease overnight.

“I don’t believe that any responsible body, least of all our government or the CAA, would let it run until that point. We should have clarity I would have thought by the end of this year.”

Guto Bebb, former defence minister and a new supporter of the People’s Vote campaign, said: “This is a perfect example of how pointless and costly a botched Brexit is for ordinary people in the UK.

“It’s time to give a voice to the growing number of people across Britain who think the Brexit mess simply won’t fly.

“Those working in aviation are already angered by the additional bureaucracy, cost, and uncertainty that a no-deal Brexit is bringing to their industry.”

A UK CAA spokesman said: “The government, the UK Civil Aviation Authority and the entire aviation industry have been clear that our collective preference is to secure the UK’s ongoing participation in the European Aviation Safety Agency system once the UK withdraws from the European Union.

“However, as a responsible regulator, we continue to make the necessary contingency plans to prepare for the unlikely event that a withdrawal agreement is not ratified.”

The government is expected to publish a no-deal technical notice on aviation later this week.

In the event of no deal, the government plans to bypass Brussels and attempt to do bilateral deals with each of the 27 nations of the EU separately.

Some of the clarity the industry craves could be around the corner – but with May’s Brexiteer backbenchers continuing to generate political turbulence, UK aviation could be in for a bumpy ride.