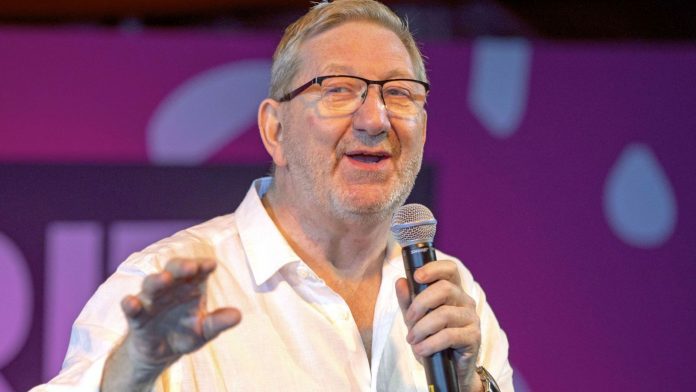 Britain’s biggest trade union could come out in support of a referendum on the final Brexit deal if members back such a move, its general secretary has said.

Unite boss Len McCluskey, a close ally of Labour leader Jeremy Corbyn, insisted he would use all of his “influence and power of oratory” to promote calls for a second public vote on Brexit, if his members want it.

Ahead of the union’s policy conference in Brighton this week, a YouGov poll revealed 57% backed a referendum on whether to accept or reject the terms of the final Brexit deal negotiated by the government.

Delegates are due to debate the union’s Brexit stance on Tuesday.

Asked whether he would adopt any policy backed by members in a vote, Mr McCluskey told BBC Radio 4’s World At One programme: “Be under no illusions, whatever decision is taken tomorrow by our members here at our policy conference, that becomes Unite’s policy and I will use all of the influence and power of oratory that I have to promote that policy.”

Challenged over whether he would allow members to hold a conference vote on whether to back a referendum on the final Brexit deal, dubbed a “People’s Vote” by campaigners, Mr McCluskey responded: “Absolutely. The way our union operates, like any union, is highly democratic.”

An executive statement by Unite bosses on Brexit will be tabled during Tuesday’s conference debate which, if supported by members, will override any other motions put to delegates.

A union source revealed to Sky News the executive statement doesn’t back a second referendum on EU membership, but it also neither rules out nor rules in a public vote on the final Brexit deal.

It is also likely to stress the need for parliament to have a role in deciding the end Brexit outcome, the source added.

Mr McCluskey said he will “always” use his influence to alter Labour Party policy to reflect Unite’s position, even if members perhaps also back staying in the EU’s single market this week.

He said: “Labour Party policy at the moment is extremely close to Unite’s position. We believe the Labour Party speaks for not only the 48% but the 52% as well. It’s critical that is made clear.”

Mr McCluskey also said he is “conscious” Mr Corbyn has “not ruled out the option of moving to a People’s Vote, if indeed the political climate requires it”, adding: “That is an argument that I’ll be putting tomorrow.

“I feel pretty clear that our union may embrace that particular approach, but if there is a different view expressed by conference then, of course, as general secretary of Unite, I will try to promote that.”

Asked at the weekend if he would rule out Labour support for a second referendum on Brexit, Mr Corbyn told Sky News’ Sophy Ridge on Sunday show: “We’ve not proposed it, we’ve not supported it and we’re not proposing it now.”

“We’re not supporting a second referendum.”

Responding to the Unite boss’s comments, a source at the People’s Vote campaign told Sky News: “This is another sign of the way the wind is blowing inside the Labour and trade union movement.

“Members are increasingly making it clear they expect a bad Brexit deal and want to see their unions campaign for a People’s Vote.”