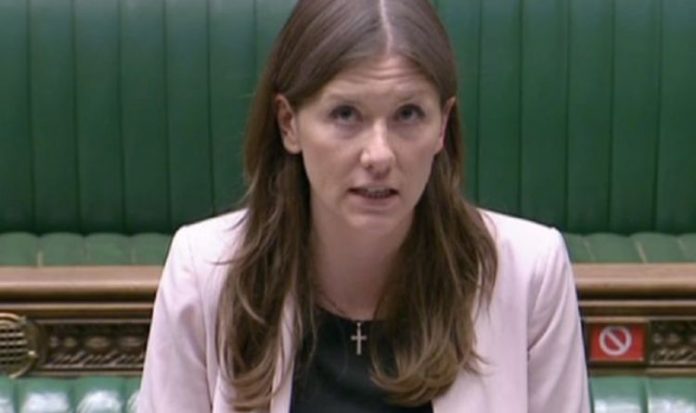 Ms Donelan suggested books were being removed from reading lists in universities in a bid to prevent students being forced to confront “hate speech”. The Tory MP argued the issue is on removing elements of history instead of adding alternative viewpoints.

The Minister said: “As a history student, I’m a vehement protector and champion of safeguarding our history.

“It otherwise becomes fiction, if you start editing it, taking bits out that we view as stains.

“A fundamental part of our history is about learning from it, not repeating the mistakes, being able to analyse and challenge why those events happened, how those decisions were made so that we don’t repeat those actions in the future.”

She added: “If we’re going down this road of taking bits out, are we then going to end up putting bits in that we wish had happened?

“And it just doesn’t work when governments try to remove elements of history.

“Look at the Soviet Union, look at China.

“There are multiple examples where it’s been tried. It doesn’t work.”

Ms Donelan told the Telegraph’s Chopper’s Politics podcast how removing elements of history “about whitewashing it and pretending that it never happened, which I just think is naive and almost irresponsible”.

However, Ms Donelan’s comments have been criticised by lecturers across the country.

Charlotte Lydia Riley, a lecturer in 20th Century British history at the University of Southampton, tweeted: “Michelle Donelan doesn’t understand decolonising the curriculum, she doesn’t understand the purpose of history and she seems a bit hazy on the Soviet Union.”

Laura O’Brien, a historian of 19th and 20th Century France, said there was “absolutely no evidence” that reading materials were being removed from reading lists.

She said: “Efforts to decolonise curricula do not seek to ‘leave out the bits we see as stains’.

“Hardly! If anything, they draw greater attention to questions of race, empire, slavery, colonisation, and to diversify – not censor! – the voices included in reading lists.”

The statue of slave trader Edward Colston most notably being thrown into Bristol Harbour.

Sir Winston’s Churchill’s monument in Whitehall was also vandalised before being encased in a protective box.

Churchill’s grandson recently declared that Cambridge University’s Churchill College should not be given the right to use his grandfather’s name if they persist in “smearing” it.

Sir Nicholas Soames has argued that there is a “current vogue for the denigration in general of British history and of Sir Winston Churchill’s memory in particular”.

The former Conservative minister made his comments after Churchill College hosted an event called, “The Racial Consequences of Churchill”.

One of the panellists at the talk said that former Prime Minister Winston Churchill was the “perfect embodiment” of “white supremacist philosophy”.