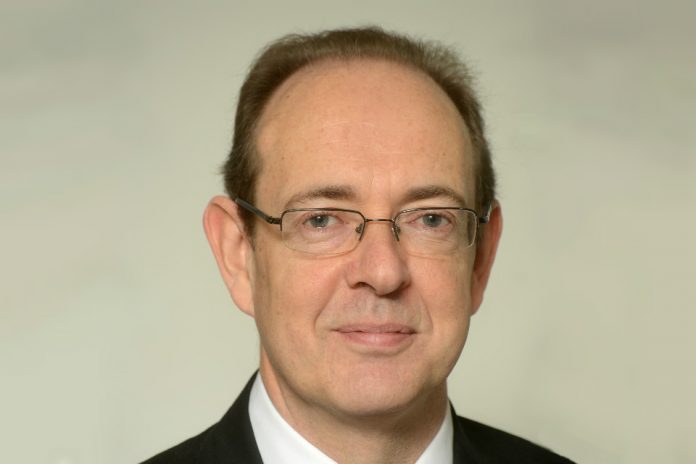 It is the main thing because it affects everything else, more than anything else. Runaway climate change won’t just kill the insurance industry, though it will. It will kill our economy, our people and our planet.

The Environment Agency plans our response to flooding and other major environmental incidents on the basis of what we call the Reasonable Worst Case scenario. The RWC for climate sounds like this: Much higher sea levels will take out most of the world’s cities, displace millions, and make much of the rest of our land surface uninhabitable or unusable. Much more extreme weather will kill more people through drought, flooding, wildfires and heatwaves than most wars have. The net effects will collapse ecosystems, slash crop yields, take out the infrastructure that our civilisation depends on, and destroy the basis of the modern economy and modern society.

The impacts of the changing climate are already being felt. In Storm Christoph last month we saw rivers, including the Mersey, rise to levels that did not just break records but smash them. In many parts of the country the waters got to within a centimetre of the top of our flood defences. Those defences protected 49,000 homes and families from the destruction, damage and misery flooding causes. Sadly some 500 homes did flood, and every one of those is personal tragedy. But it was nearly much, much worse.

In the event, the rainfall and flooding we saw in Storm Christoph did not exceed the Reasonable Worst Case scenario. If it had, the water would have come over the top of many of our defences and thousands of homes would have been flooded. But when we issued those hundreds of flood warnings during Storm Christoph, when we evacuated communities, when we deployed our teams and operated our defences, we were not crying wolf. There was a wolf. It was big and bad, and this time the fences that keep it out held. But the weather wolf is getting stronger every day, and our fences were designed for a much smaller beast. That is why our thinking needs to change faster than the climate. And why our response needs to match the scale of the challenge.

The good news is that we know exactly what we have to do. We need to mitigate the extent of climate change. We need to adapt to its effects. And we all need to lead by example.

The Environment Agency is doing those things. We are reducing the speed and extent of climate change by regulating down greenhouse gas emissions from industry, and by running the UK’s new Emissions Trading Scheme. We are helping communities become more resilient to the effects of the changing climate by building new flood defences and by contributing to local planning and place-making. And we are trying to walk the walk ourselves, by using our £3.5 billion pension fund to incentivise sustainable investment, and by committing the EA to become a Net Zero organisation by 2030.

The insurance industry has a huge interest in this fight. Insurers are at the forefront of the impact climate change has on communities and infrastructure. More frequent and severe weather events mean more, and more costly, claims for insurers. And as Huw Evans (ABI Chair) has rightly said, “the biggest thing the industry can do is to use its sizeable investment portfolios to move funding away from things that are polluting the planet and into greener initiatives”.

We welcome this, as we welcome what some parts of the industry are now doing at retail level to encourage the behaviour from customers that will make both individuals and the industry more resilient to climate shocks – for example, incentivising policy holders to fit flood protection in their own properties, which prevent or reduce the damage and the cost of being flooded. The insurance sector also has a critical role to play, and a direct self-interest, in investing in resilient infrastructure and in helping consumers and investors move towards net zero.
Much of the world’s effort today is going into tackling the Coronavirus pandemic. That’s right: we cannot stand by and allow millions of people to die. And with the right measures we can beat Coronavirus.

The same is true of the climate emergency. The climate emergency is the unseen pandemic, because left unchecked it will kill more people, and do much more harm, than Covid 19. Dr Margaret Chan, the former Director General of the World Health Organisation, has pointed out that if the nine countries which contribute over 70% of the world’s greenhouse gas emissions adopted commitments consistent with the Paris Agreement and placed health at the centre of their climate policies, then by 2040 they could see an annual reduction of 1·6 million air pollution-related deaths, 6·4 million diet-related deaths, and 2·1 million physical inactivity-related deaths.

As with the virus, so with climate: we have agency. Just as we will get the environment we pay for, we will get the climate we work for. That is why the government is right to be putting so much effort into securing the right outcome at COP26 later this year. And why, with the right response, we can keep the weather wolf at bay.