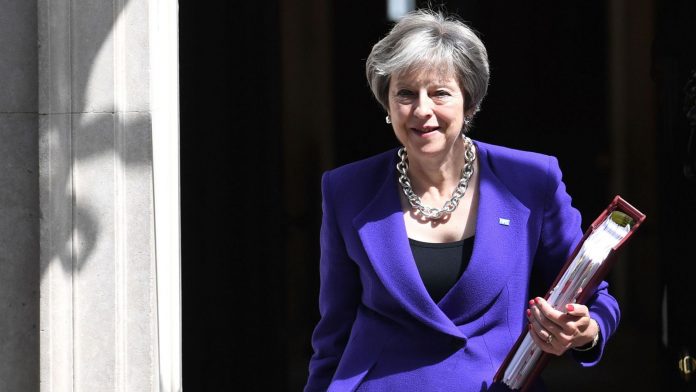 Theresa May has gathered her top team at her country retreat of Chequers for a crucial day of talks on Brexit.

The prime minister and her cabinet need to agree on what they want Britain’s post-Brexit relationship with the European Union to look like.

But there are vastly differing views on how closely, if at all, the UK should mirror Brussels’ rules and regulations when it comes to issues like trade and customs.

Here’s what you need to know on what is sure to be a pivotal day in the Brexit process.

:: What is the PM proposing?

We haven’t been told everything, but the broad outlines of what Mrs May wants to put forward have started to emerge.

Papers circulated to ministers are reported to recommend that the UK should keep a “common rulebook” with the EU for all goods, including agricultural and food products.

It was claimed that Downing Street was prepared to concede that plans to align the UK with EU regulations in this respect would make a free trade deal with the US unlikely.

However, Number 10 later came out and said such talk was “categorically untrue”.

US commerce secretary Wilbur Ross has warned in the past that a failure by Britain to move away from EU food safety rules in areas such as GM crops and chlorinated chicken would be an impediment to a successful trade agreement.

The plan is to diverge from EU rules and regulations in this area, with an acknowledgement that this is likely to result in reduced access for UK-based companies to European markets.

However, it is hoped that this will be offset by growth in markets around the world.

:: How does Mrs May intend to sort out the customs issue?

With a so-called “third way”.

The PM’s proposed “facilitated customs arrangement” would see technology being used to work out where goods arriving into the UK will ultimately end up.

This would mean the correct tariff could be paid – either at the EU or UK rate.

Mrs May came up with the plan in a bid to solve the thorny issue of Britain’s post-Brexit customs system, after two previous options provoked opposition from different factions of her cabinet.

However, her own Brexit secretary is reported to be opposed to the plan, labelling it “unworkable”.

:: What has the PM said about all of this?

Mrs May has told her ministers that they have a “great opportunity”, but also a “duty” – a pointed reference perhaps to the need to suck it up and fall into line.

“We want a deal that allows us to deliver the benefits of Brexit – taking control of our borders, laws and money and by signing ambitious new trade deals with countries like the US, Australia and New Zealand,” she said.

:: That’s all well and good, but how has this gone down among Tory MPs?

He added: “We would be out of Europe but still run by Europe.”

MP Lucy Allen said simply that “this is not Brexit”, while Andrea Jenkyns said Brexit-backing MPs “cannot support any deal that restricts our trade with other countries”.

She warned “from what we are hearing, prepared to vote against this”.

One source said Leave-supporting backbenchers do not even think the PM’s plans will end up being put to MPs because “Boris and David aren’t having it”.

:: Will there be any resignations?

It feels like we are reaching a tipping point. Since the referendum, we’ve seen the can being kicked down the road, the fudge reheated, the thorny issues tossed into the long grass.

But now the government has to agree a common position in a bid to move forward in the negotiations with Brussels.

Something has got to give, surely?

Sky News understands that six Brexiteer ministers, led by Boris Johnson and David Davis, will tell the PM her plan is “not acceptable”, with Sajid Javid, Gavin Williamson and Alun Cairns set to back them.

Westminster is abuzz with resignation speculation, but will ministers quit over a plan that could very well be rejected by Brussels?

Sky’s senior political correspondent Beth Rigby says the expectation is that Mrs May will “scrape through”.

Our correspondent says there is a lack of appetite amongst ministers for a leadership contest which would be sparked by such a mortal blow to the PM’s authority.

:: What will happen next?

Provided Mrs May can get an agreement through, a white paper setting out the government’s Brexit blueprint will be published next week.

The PM then wants talks with Europe to “intensify and accelerate”.

Negotiations will continue, with decisions on any deal expected to be taken at an EU summit in October.

There is the possibility an emergency meeting could happen in November if there is no agreement by then.